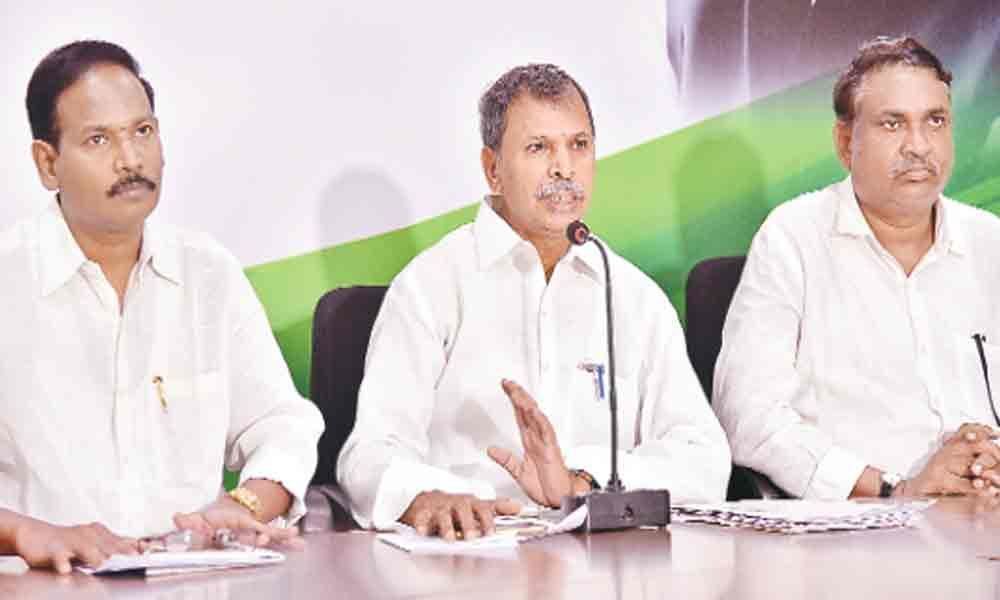 AP Congress Committee vice-president N Tulasi Reddy said that the United Progress Alliance (UPA) under the leadership of Congress would form the government at the Centre.

Vijayawada: AP Congress Committee vice-president N Tulasi Reddy said that the United Progress Alliance (UPA) under the leadership of Congress would form the government at the Centre. Speaking to media persons here on Friday, Tulasi Reddy said that the people would teach a fitting lesson to Prime Minister Narendra Modi. He expressed surprise at the manner in which the Prime Minister was belittling the clout of regional parties.

Reminding BJP could win only two seats in the entire country, the Congress leader criticised Narendra Modi asking voters to support BJP claiming it is "the only strong political force" ignoring the fact that the party was only leading a coalition.

The BJP was spreading lies and canards against other political parties as it was frustrated after sensing the anti-Modi mood across the country, he said. He said Prime Minister Narendra Modi did not take opinions of his alliance parties before announcing demonetisation and introducing Goods and Services Tax (GST).

Tulasi Reddy said the UPA government led by Congress had introduced various innovative schemes and brought laws which empowered various sections of the population and ensure the welfare of weaker and vulnerable sections.