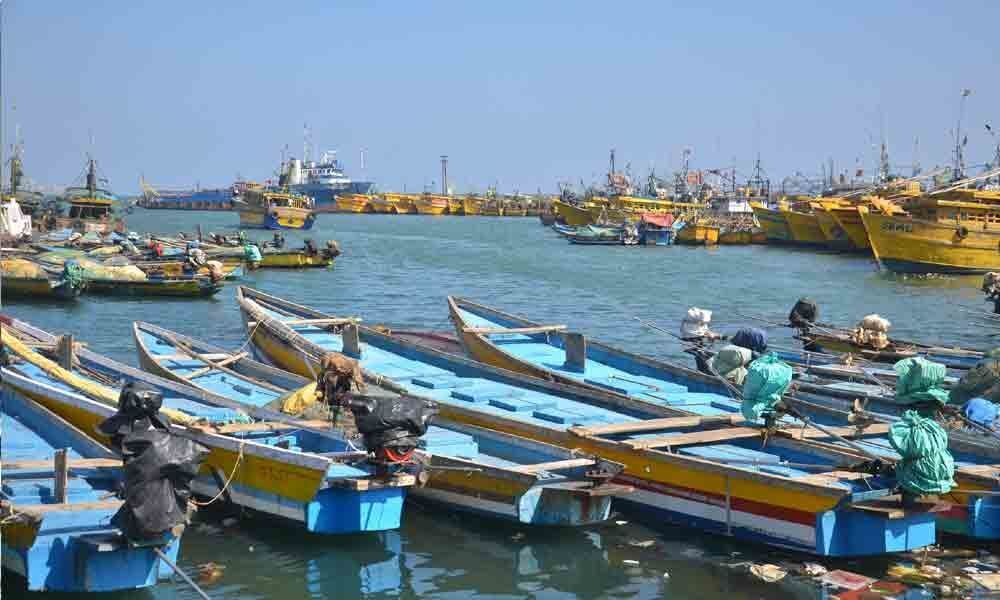 Pollution of blue waters and adverse climate conditions have been killing the marine wealth in the Bay of Bengal.

Visakhapatnam: Pollution of blue waters and adverse climate conditions have been killing the marine wealth in the Bay of Bengal.

During the 2018-19 fishing season has witnessed heavy losses to the trade. The mechanised boat owners in North Andhra region have registered heavy losses and they are not able to meet the expenditures for their travel in the sea.

The marine fishing in the Bay of Bengal is being banned every year for 60 days from April 15 to June 14 to conserve the marine wealth. However, the fishermen are losing hopes on the profits in the business owing to the dwindling of the catch and rising input cost against the sea travel.

In fact, before the commencement of ban on the fishing, majority of the mechanised fishing boats out of the 720 at Visakhapatnam Fishing Harbour and another 250 boats in Vizianagram and Srikakulam districts stopped fishing as they could not get good catch to meet even the travel expenditure. The catch is gradually coming down for the past four years due to various reasons including high pollution and adverse climate conditions.

In fact, Andhra Pradesh is standing first and second positions in the Indian marine exports. The Visakhapatnam has registered excellent growth in the marine exports. However, the fishermen are lamenting that the catch is declining every year for the past four years. Though the Central and State governments announced full support to the sector, there are no steps initiated at both onshore and off shore. There are over 1,800 mechanised boats operating across the state including Visakhapatnam, Kakinada, Machilipatnam, Vadarevu and Kalingapatnam.

Due to skyrocketing diesel prices, salaries and ice cost and maintenance of the boats has become costly. Boat operators are incurring losses due to poor quality of the catch in every trip,'' said Dolphin Boat Operators' Welfare Association president Ch. Satyanarayana Murthy. Majority of the boat owners incurred losses between Rs three lakh and Rs six lakh during 2018-19 fishing season due to low catch and high input cost, Murthy lamented.

The diesel price is crossing Rs.75 per ltr state government is giving subsidy on diesel amount Rs 6.03 per litre considering the old diesel price Rs.38 per ltr only. Though the state government has assured to increase the subsidy, orders have not yet been released, said Satyanarayana Murthy.