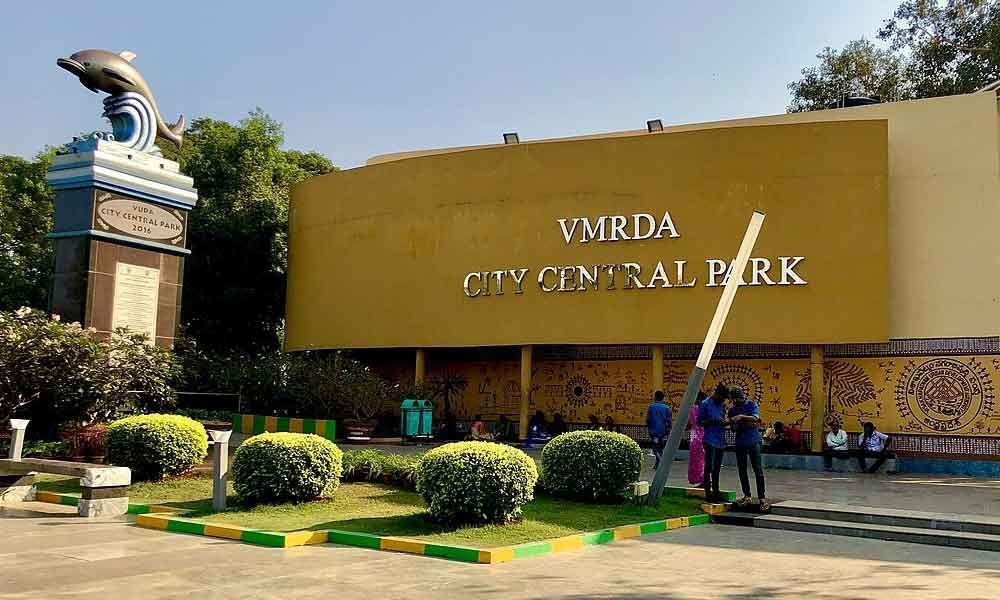 The park, which was first conceived in the year 2010, has come up on the land which earlier had the Central Jail kn its grounds. It is now home to the lung space of the city, covering 22 acres is located in a very strategic location, just beside the RTC Complex.

The park tries to erase the memories of the devastating HudHud cyclone which led to many trees being destroyed. The park, which was inaugurated by the honorable CM of Andhra Pradesh, N. Chandrababu Naidu, boasts of the first musical fountain of Andhra Pradesh.

In fact, the park has the third largest musical fountain after Akshardham in Delhi and Sahara in Pune. The peak day footfalls in the park are in excess of 3000, which reflects the unique attractions in the park.

Barring the trees which fell during the HudHud cyclone, 105 old trees have been retained in addition to a new bonsai park in the premises. Elaborate landscaping and use of creepers and ornamental plants have made the park a classy one which is appreciated by all age groups and all visitors alike.

In all, about 3000 trees and plants including 50 different varieties of plants and herbs have been planted which gives the park it's distinctive identity of being a hub of flora. The pathways are paved with grass pavers all around.

The park also displays more than 120 varieties of adorable miniature 'bonsai' varieties where the Bonsai Association of Visakhapatnam is planning to conduct a bonsai festival too. It is open all year from 6AM to 9PM everyday.

The park features uninterrupted stretches of cycling and walking tracks all around the park which attracts fitness freaks from all nearby areas.

The public isn't too pleased with the pricing though , with ticket prices being ₹20 before 2PM while after 2PM they cost a hefty ₹60, a surcharge for the musical fountain which is displayed only in the evening.

The central jet rises 120 feet into the air while others spray upto 40 feet displaying 12 different patterns with their 360° nozzles,. swaying to the tune of songs in the evenings. The park is well lit and decorated with objects and vertical gardens and witnesses large footfalls especially on weekends.

The park also has a food stalls and clean granite benches all around for visitors to sit and rejoice in peace amidst the bustling city which lies around the park.

Two toilet blocks too are present with facilities for the physically challenged too, to ensure the park is inclusive and poses no problems to the specially abled.

All in all, the park has been quite a hit, especially among those who live in its vicinity as there is concrete jungle and urban sprawl in the areas around it such as Dwarakanagar, Asilmetta, Maddilapalem etc.

We hope more such gardens and parks are developed on the lines of the central park to make the jewel of the east coast greener!