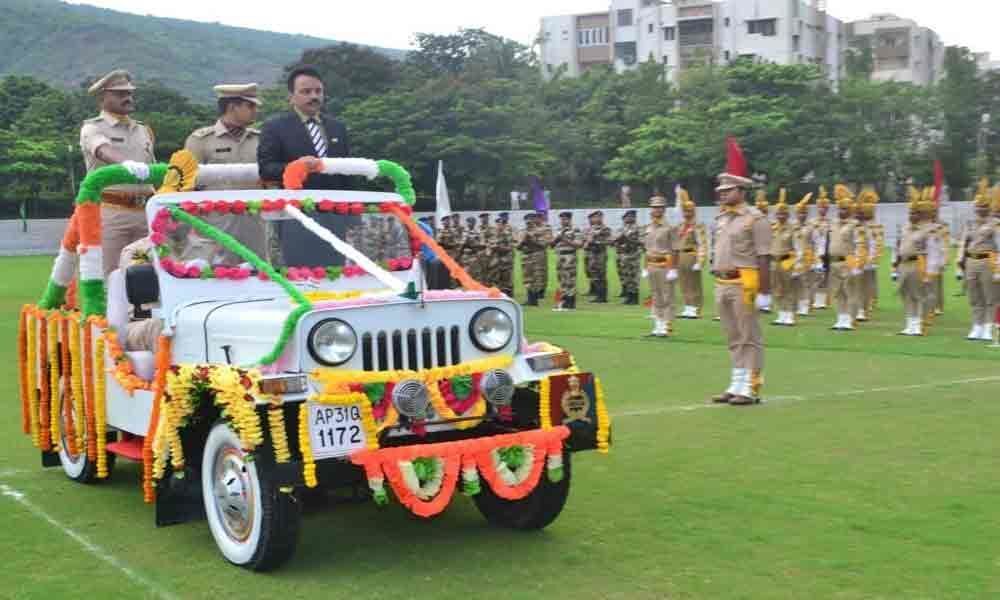 The CISF Contingent gave a march past along with fire and NCC students. Later the CISF made a mock drill and the schoolchildren presented cultural programmes. Addressing the gathering, Harnadh mentioned that Visakhapatnam is emerging as a major tourism destination and gaining international prominence.

In order to promote international tourism, Port has taken up development of a "Cruise Terminal" at an estimated cost of Rs 77 crore under the aegis of Ministry of Tourism. He said the Port is declared as the second cleanest port for the third year in succession by the Ministry of Shipping during a survey done by Quality Council of India under the Swachh Bharat Mission.