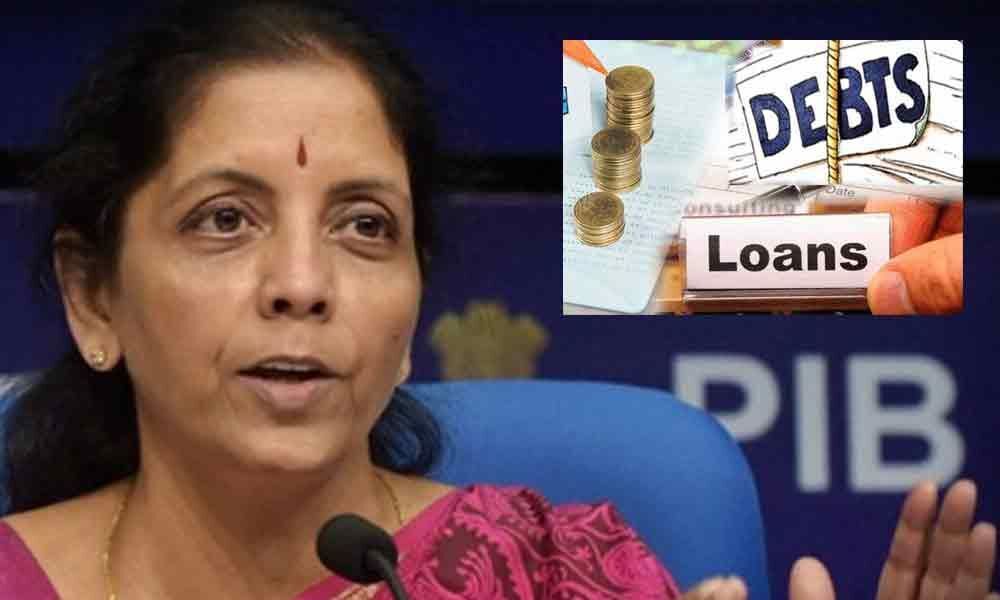 NPAs of scheduled commercial banks (SCBs) have declined by `1,02,562 cr in FY19: Sitharaman

New Delhi: Total bad loans of commercial banks declined by Rs 1.02 lakh crore to Rs 9.34 lakh crore in the 2018-19 fiscal on the back of steps taken by the government, Finance Minister Nirmala Sitharaman said on Tuesday.

The government has instituted a comprehensive 4R's strategy for recognition of non-performing assets (NPAs) transparently, resolution and recovery of value from stressed assets, recapitalising of public sector banks (PSBs) and reforms in PSBs so as to reduce their bad loans, Sitharaman said in a written reply in the Rajya Sabha.

Among others, change in credit culture with the Insolvency and Bankruptcy Code (IBC) fundamentally changing the creditor-borrower relationship, taking away control of defaulting companies, debarring wilful defaulters from taking part in resolution process as well as raising funds from markets are the steps that have been employed, the minister said.

"Comprehensive measures have been taken to prevent frauds including directions to banks to examine all NPA accounts above Rs 50 crore from the angle of possible fraud, initiation of criminal proceedings, enactment of Fugitive Economic Offenders Act 2018, creation of Central Fraud Registry, empowering heads of Public Sector Banks to request for issue of Look Out Circular," she said.

Establishment of the National Financial Reporting Authority, straight-through processing between Core Banking System and SWIFT and instituting in PSBs the system of obtaining certified copies of passport of promoters/directors of companies availing of loans exceeding Rs 50 crore are the other measures.

The minister also informed the Upper House that other steps under the banking reform process such as a board-approved loan policies in public sector banks, use of third-party data sources for comprehensive due diligence across data sources have been put in place to check frauds.

Strict monitoring in cases of high-value loans, deployment of specialised monitoring agencies for loans above Rs 250 crore and online end-to-end one-time settlements (OTSs) platforms have been set up to ensure timely and better realisation in such settlements have been effected.

In reply to a separate question on defaults in loan of Rs 25 crore and more in PSBs, Minister of State for Finance Anurag Singh Thakur said that as on March 31, 2019, there were 1,938 unique borrowers with funded amount outstanding of more than Rs 25 crore who had defaulted on their loans (as per RBI data).

However, he said the list of such borrowers cannot be made public as the RBI Act, 1934, prohibits from disclosing credit information.