Rupee falls to 2-week low against US dollar 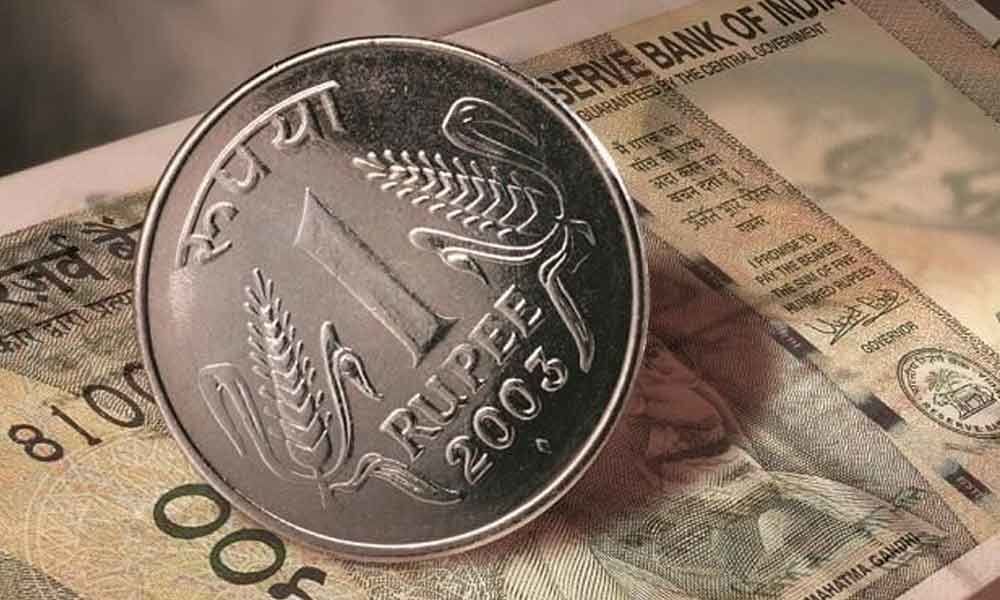 Mumbai: The rupee on Monday plunged by 32 paise to close at a two-week low of 69.67 against the US dollar following a spike in crude oil prices on reports that the US will end waivers on Iranian oil imports.

The domestic currency managed to recover some lost ground after touching 69.88, the lowest in more than a month, during intra-day trade. A fall in domestic equity markets also weighed on the rupee.

A weak US dollar against major global currencies capped losses of the domestic currency.

At the Interbank Foreign Exchange (forex), the rupee opened sharply lower at 69.78 and touched a low of 69.88 against the dollar in early trade. But it pared early losses later and rose to an intra-day high of 69.50.

The domestic currency, however, failed to sustain gains and finally settled at 69.67 per dollar, down 32 paise or 0.46 per cent over its previous closing. The rupee had previously closed at this level on April 8.

"The rupee has been under pressure today due to a sharp rise in crude oil prices in the international market. Profit booking in the domestic equity has also pressurized the rupee," said Rushabh Maru, Research Analyst - Currency and Commodity, Anand Rathi Shares and Stock Brokers.

The domestic unit dropping to a month low due to a sharp increase in crude oil prices threaten to fuel inflation and boost the nation's import bill.

Reacting to reports on Iran sanctions, global benchmark Brent crude climbed to a multi-month high of $73.81 per barrel, a 2.56 per cent rise.