Rupee rises 9 paise against US dollar in early trade 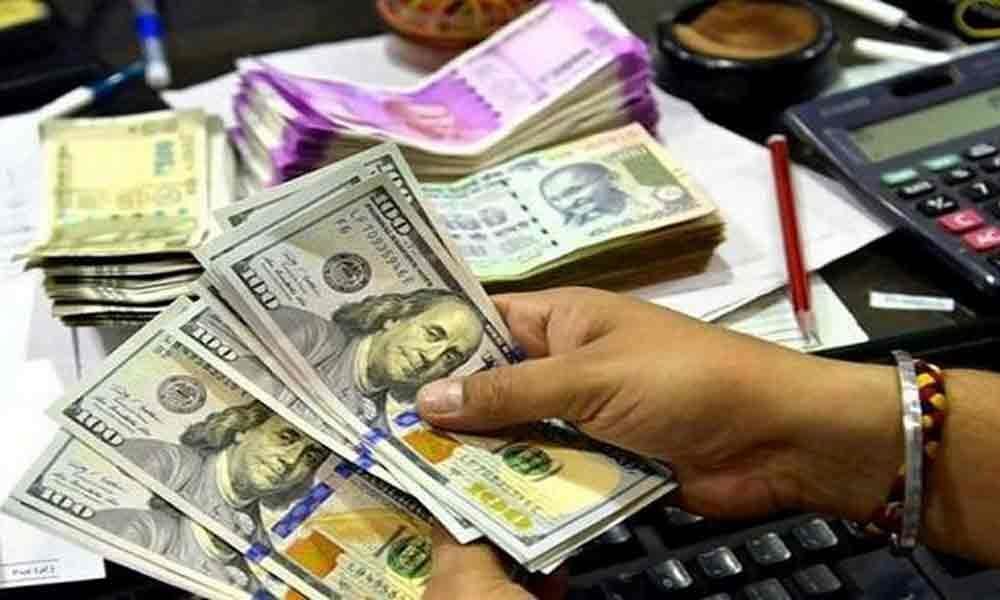 The rupee appreciated by 9 paise to 69.58 against the US dollar on Tuesday ahead of the RBI's second round of dollar-rupee swap auction.

Mumbai: The rupee appreciated by 9 paise to 69.58 against the US dollar on Tuesday ahead of the RBI's second round of dollar-rupee swap auction.

The currency was also buoyed on reports that India has lined up alternate sources to make up for likely shortfall in crude supplies, forex dealers said. Besides, a positive start of the equity markets influenced the recovery of the rupee, they added. However, a strong US dollar against major global currencies capped gains of the domestic unit. The Reserve Bank of India (RBI) is set to inject long-term liquidity worth USD 5 billion into the banking system through dollar-rupee buy-sell swap for a tenure of three years, the second such auction within a month.

At the Interbank Foreign Exchange market, the domestic unit opened higher at 69.63 against the dollar then rose further to quote at 69.58, up 9 paise over its previous close. The rupee had declined by 32 paise to a two-week low of 69.67 against the US dollar Monday.

According to the dealers, the RBI's dollar-rupee swap auction would help absorb dollar inflows that could make the rupee stronger. India, the second biggest buyer of Iranian oil, has lined up alternate sources to make up for the likely shortfall in supplies after the US decided not to give waiver from its sanctions for buying oil from the Persian Gulf nation, as per the sources. Meanwhile, the BSE Sensex was trading 152.78 points or 0.40 per cent higher at 38,797.96.

The NSE Nifty too rose 40.35 points, or 0.35 per cent, to 11,634.80. The dollar index, which gauges the greenback's strength against a basket of six currencies, rose 0.03 per cent to 97.31. Brent crude futures, the global oil benchmark, was trading higher by 0.39 per cent at USD 74.33 per barrel. Foreign institutional investors (FIIs) remained net buyers in the capital markets, putting in Rs 73.08 crore on Monday, provisional exchange data showed.