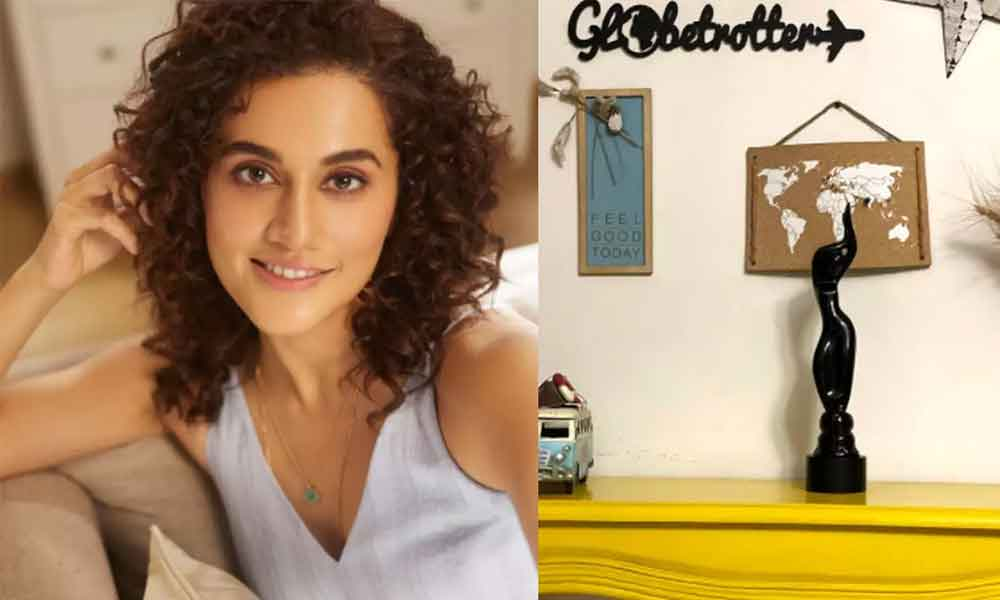 It is all known that Bollywood’s ace actress Taapsee Pannu has bagged the ‘Best Actress’ award in the recently held ‘Filmfare Awards’. She won this prestigious award for her phenomenal acting skills in the Thappad movie.

It is all known that Bollywood's ace actress Taapsee Pannu has bagged the 'Best Actress' award in the recently held 'Filmfare Awards'. She won this prestigious award for her phenomenal acting skills in the Thappad movie. Off late, Taapsee is in the best phase of her career with a handful of prestigious projects. She also spoke to the media and opened up about her happiness after winning this award and also shared her experiences with her fans.

She starts off with "There are a thousand things that go through your mind right from the time you are nominated. Like I said on the stage while receiving my award: seeing the list of nominees this year was more overwhelming because of the kind of names and performances up there; all of the actresses nominated were leads of women-driven films. It was heartening to see how far we have come from the times when Best Actress nominations consisted of actresses in hero-driven films in which they had only a handful of scenes".

She added, "Since 'Thappad's release, I keep receiving 'awards' in the form of so many letters, poems, messages, which makes me realise that I have already scored a special place in people's hearts with my portrayal of Amrita. Some of these heartening reactions came from the industry as well. No award can top that".

She concludes by doling out, "The acknowledgment from jury members, comprising of people I might not even know, tells me that finally the industry is waking up to my presence and validating that I am good. It is an acknowledgment of an actor's hard work. Not just a year, it feels like I have worked hard for this for almost a decade!".

Speaking about Taapsee's work front, she will be next seen in the Loop Lapeta movie which is the official remake of the 1998 German film Run Lola Run. It was written and directed by Tom Tykwer. This flick deals with the plot of a woman who needs to obtain 100,000 Deutsche Mark within 20 minutes to save her boyfriend's life.

She also wrapped up the shooting of her latest movie 'Rashmi Rocket'… This movie is directed by Akarsh Khurana and is bankrolled by Ronnie Screwvala, Neha Anand and Pranjal Khandhdiya under RSVP Movies and Mango Purple Media Network banners. This flick also has Priyanshu Painyuli and Abhishek Banerjee in other prominent roles. Being a sports drama, Taapsee will essay the role of an athlete in this flick.