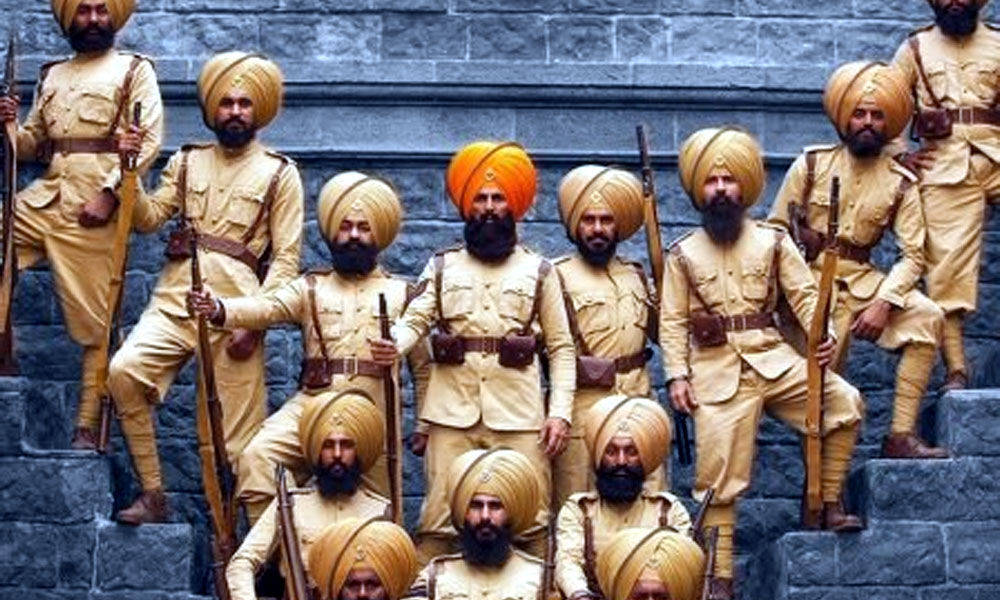 Superstar Akshay Kumar says that it is sad and unfortunate that British people celebrate Saragarhi Day but we have forgotten about the most epic war ever fought by Indian Soldiers.

Superstar Akshay Kumar says that it is sad and unfortunate that British people celebrate Saragarhi Day but we have forgotten about the most epic war ever fought by Indian Soldiers.

Kesari tells the story Battle of Saragarhi, in which an army of 21 Sikhs fought against 10,000 Afghans in 1897.

Interacting with media on the sidelines of Teri Mitti song launch, Akshay Kumar said, "It is so unfortunate that British people celebrate Saragrahi Day but we have forgotten about it. I would request, even urge all the parents, please show this film to your kids, because it is an educational film, historic fact-based film, and it is a true story"

Akshay Kumar also expressed that he wants Kesari to connect with youth and kids, as it is part of our history.

He said, "Strangely people are impressed with 300, which is a good movie but a fictional tale, but this one is real, based on real people, real event… I want youth and kids to watch this film because there is a lot to learn in the film…"

Further adding about the song, Teri Mitti, Akshay quipped, "The film has been an emotional journey, especially the last 15-20 minutes of the film, where this song comes. See this song is the sum total of a soldiers life, when he is shot and about to die, what goes through his heart and mind, it shows that"