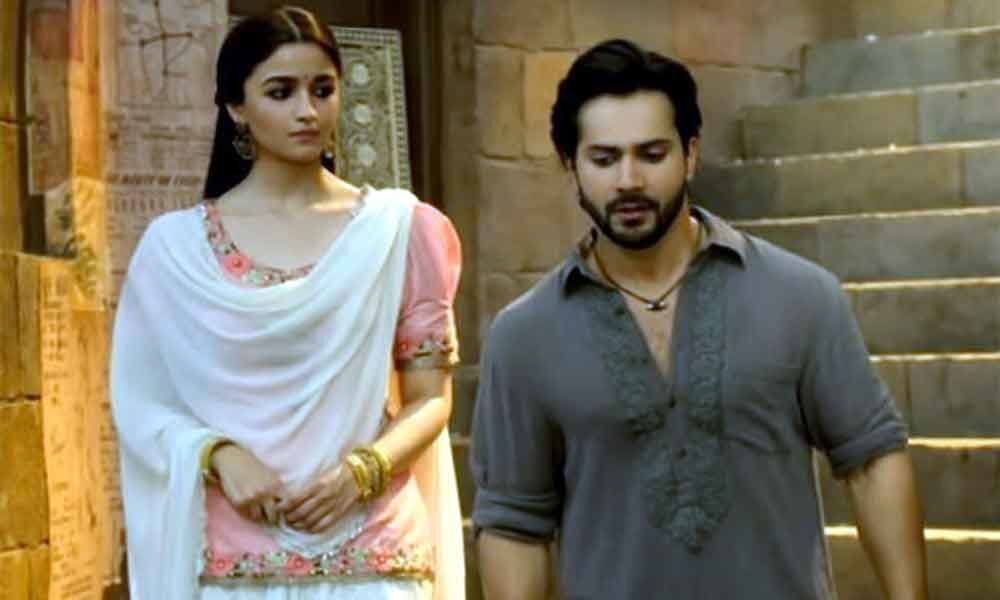 Actor Varun Dhawan, who next will be seen onscreen in ‘Kalank’, has said that it feels very nice when people expect something from the actors and their films.

Actor Varun Dhawan, who next will be seen onscreen in 'Kalank', has said that it feels very nice when people expect something from the actors and their films.

Varun Dhawan was interacting with the media when he unveiled innerwear brand Lux Cozi's new television commercial and innovative product cented vest on Tuesday in Mumbai.

Along with the varied hues of love, the period drama 'Kalank' will also highlight the trials and tribulations of love with the spotlight on communal tensions.

When asked Varun how does he deals with pressure as one of the successful actors of Hindi cinema, he said, "I am genuinely feeling a sense of Déjà vu (already seen). I strongly remember when people asked me one day before the release 'Main Tera Hero' that 'how I am feeling before the release', and 'you have a lot pressure on you as this is the first time you are doing a masala film' so, I feel it's very nice when people expect something from you and I think audience is expecting a lot from 'Kalank'."

Varun said that 'Kalank' has all the elements which makes a successful Hindi film, he said, "I just want to tell the audience that it's a typical Indian Hindi language film. It's a pan-India masala film. It's an eternal love story between Roop (Alia Bhatt) and Zafar (Varun Dhawan). There are many important characters in the film and the actors who performed those roles have done really good job. I feel music is unbelievable in the film so, we have tried to incorporate all the elements which makes a successful Hindi film but more importantly, I feel that the film should touch everyone's heart. We want people to feel emotional at the same time feel happy while watching the film."

Talking about his excitement before the release of the film, Varun said, "I am very excited and nervous before release of the film because this one of the biggest films of my life. We have started advance booking for the tickets and from that, we are tracking how many people are eager to watch our film. We are releasing the film two days before normal Friday release because tomorrow is Mahavir Jayanti which is declared as bank holiday in India."

Varun hoped that audience will appreciate the film, he said, "We have kept our fingers crossed and as an actor, I think we all have tried to perform to best of our abilities. Now it's up to the audience that how they receive our film because we make films for their entertainment so, I am hoping that they will enjoy Zafar's portrayal, love story between Zafar (Varun Dhawan's character name) and Roop (Alia Bhatt's character) and the overall film."