The Rising stars of Bollywood and its Influential women 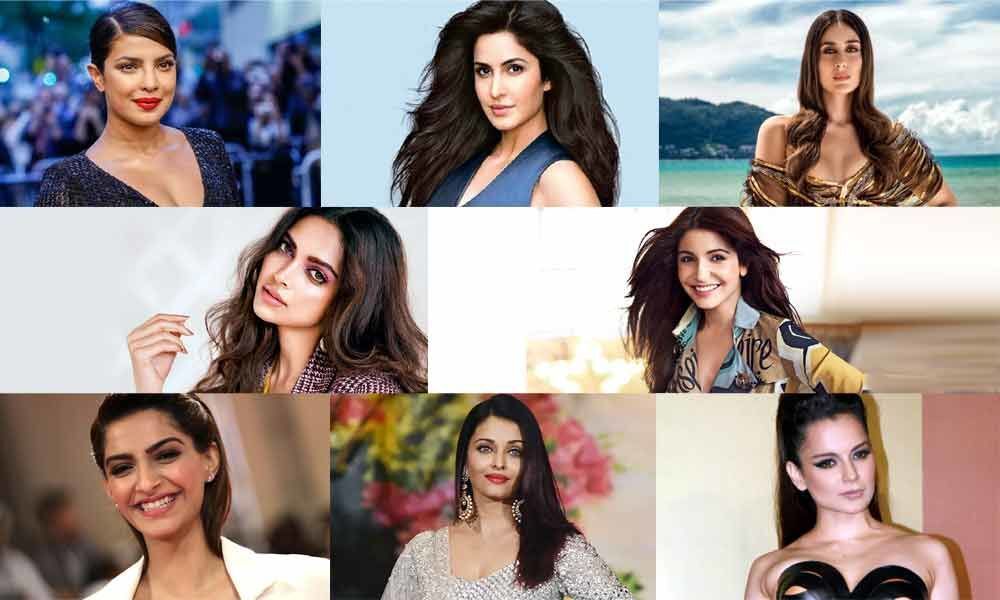 Bollywood is the world's largest film industry, so it is reasonable that its leading women are some of the most influential on the planet, with some, such as Priyanka Chopra, reaching over 42.8 million on Instagram and others, such as Tabu, scooping six Filmfare Awards (Oscar's Hindi cinema equivalent) and two National Film Awards.

Bollywood is the world's largest film industry, so it is reasonable that its leading women are some of the most influential on the planet, with some, such as Priyanka Chopra, reaching over 42.8 million on Instagram and others, such as Tabu, scooping six Filmfare Awards (Oscar's Hindi cinema equivalent) and two National Film Awards.

Such is the impact of these women who were honored with the Padma Shri three (Chopra, Tabu and Aishwarya Rai) – a government award for distinguished arts services – are all looked up as tastemakers and style icons, and many have continued to use their influence to create change.

Chopra, Rai and Kareena Kapoor have all joined forces with UNICEF to work on key issues such as child rights, education, gender equality and AIDS, while others such as Sonam Kapoor and Deepika Padukone have used their platforms to raise awareness of LGBTQ+ rights and mental health issues.

Here are the brightest stars from Bollywood...

One of the best-known actresses in Bollywood, Chopra shot to fame after winning the Miss World 2000 pageant, she has received numerous awards, including a national film award and five film awards. She was awarded the Padma Shri (a civilian award) by the Indian government, named by TIME as one of the most influential people in the world, and listed by Forbes as one of the most powerful women in the world. She's also cracked Hollywood with blockbusters like the Baywatch remake under her belt and her marriage to Nick Jonas and her friendship with Sussex's Duchess has made headline news worldwide. Chopra is a UNICEF Goodwill Ambassador alongside her performance, and has worked on causes including children's rights, the environment, health and education, and gender equality.

Last year, Sharma appeared in Forbes Asia's 30 Under 30 list of the 30 most influential people under the age of 30 last year. Sharma is the ambassador for multiple brands and has designed her own women's clothing line, named Nush, in addition to her acting (which has earned her a Filmfare Award). She has also been campaigning for gender equality as well as animal rights.

Born in Copenhagen, when she was one year old, Padukone's family moved to Bangalore, India. Padukone has gone on to become India's highest-paid actress, with three Filmfare awards under her belt, despite noting that she was awkward as a child and "didn't have many friends." TIME named her last year as one of the 100 most influential people in the world. She became a national badminton champion before acting (following in the footsteps of her pro-sportsman father). Aside from acting, Padukone founded the Live Laugh Love Foundation to create mental health awareness in India, she is fiercely vocal about issues like feminism and depression, has written columns for national newspapers and formed her own production company, KA Entertainment.

From an acting family (both her parents are actors), Kareena Kapoor Hailing made her acting debut at the age of 20 in 2000. She has become famous for her wide range of performances since then, covering everything from romance to comedy to crime. She's been working her way up to one of the most popular and highest paid actresses in Bollywood. Her personal life is the subject of widespread coverage in India, married to Indian actor and film producer Saif Ali Khan. Outside of acting, Kapoor has established itself as assertive and open-minded, working with UNICEF to improve girls' education. She also wrote three books, creating her own lines of clothing and cosmetics.

British actress Katrina Kaif, Katrina Kaif, was first discovered by filmmaker Kaizad Gustad (best known for his comedy Bombay Boys) at a fashion show in London. In his first film, Boom in 2003, he cast her. Kair earned commercial success in Bollywood rom-coms after a shaky start due to her poor command of Hindi, becoming one of India's highest paid actresses. Her highest-scale films, spy thriller Ek Tha Tiger, it's a subsequent sequel .

Sonam Kapoor One of the highest paid actresses in Bollywood, Kapoor was first an assistant director behind the camera before making her acting debut in 2007. For her work, she has been awarded a Filmfare and National Film Award and her films are some of India's highest-grossing. Renowned for her outspoken personality, she helped raise awareness of breast cancer and LGBTQ+ rights.ction thriller, Dhoom 3 ranked among the highest-grossing movies of all time in India.

In the 1994 pageant, Aishwarya Rai was often cited as "the most beautiful woman in the world." She worked her way up to one of India's most popular and influential celebrities after entering acting in 1997 and received 11 nominations for the Filmfare Award (including two wins). She is a Goodwill Ambassador for the AIDS Joint Program of the United Nations and became the first Indian actress to become a member of the jury at the Cannes Film Festival in 2003.

With Vero Moda, Ranaut was considered one of India's most fashionable celebrities. Her frequent frankness and frankness has sparked controversy in the past. She has appeared in the 100 Celebrity list of Forbes India five times, has been awarded three National Film Awards and four Filmfare Awards. Although her original aspiration was to be a doctor at her parents' insistence, when she was 16, she moved to Delhi to pursue modeling and acting.

Alia Bhatt One of India's highest paid actresses, Alia has appeared on the Celebrity 100 list of Forbes India since 2014 and has received three Filmfare awards. She was born in 1993 and made her acting debut at the age of 6 in 1999. Bhatt has launched her own line of clothes and handbags alongside her performance and is also the founder of the CoExist ecological initiative.