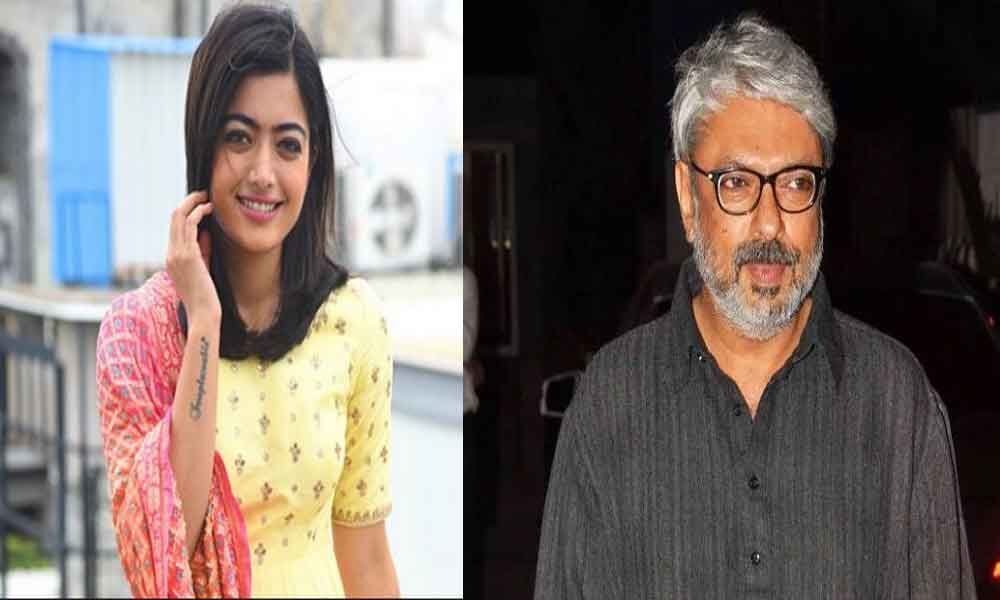 Rashmika Mandanna is one of the happening heroines in Tollywood right now.

Rashmika Mandanna is one of the happening heroines in Tollywood right now. The actress made her debut with the film Chalo and was shot to fame with the movie Geetha Govindam. Later, she acted in Nagarjuna's DevaDas too. Now, she is looking forward to the release of the film Dear Comrade.

There are a lot of rumors about the heroine's Bollywood entry. There are reports on social media that Rashmika will begin her Bollywood journey with ace director Sanjay Leela Bhansali's film. The actress is reportedly in talks with the makers of the director's next film.

Starring Randeep Hooda in the lead role, the film's shoot is expected to begin from August this year. The complete details about the project will be out soon.