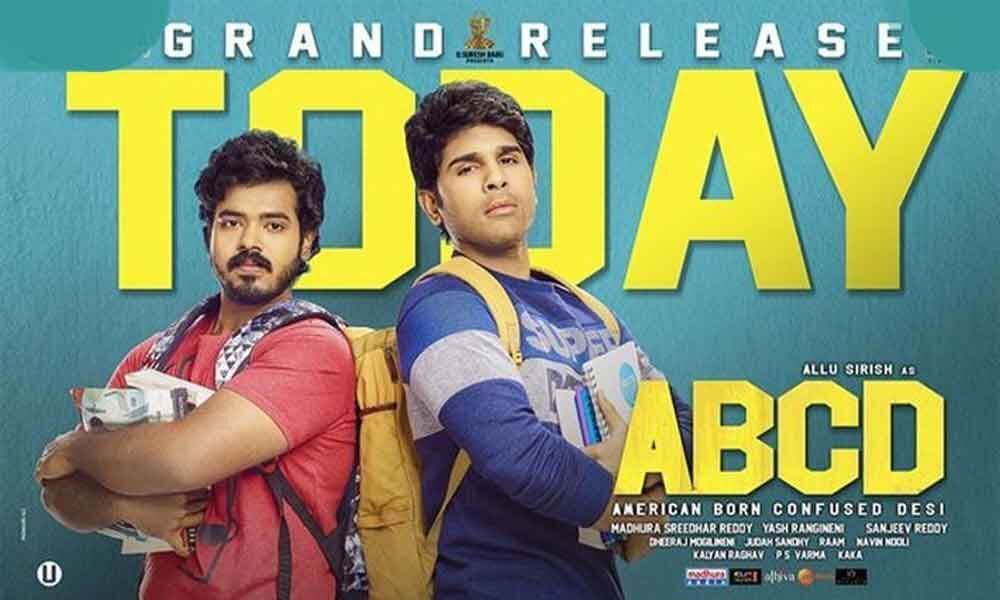 Allu Sirish is back with his new film after a gap of 2 years.

Allu Sirish is back with his new film after a gap of 2 years. He did Okka Kshanam in 2017 and now, his American Born Confused Desi -ABCD released on 17th May.

In the movie, Naga Babu is playing most important role and Rukshar Dhillon is back with this movie after Nani's KrishnaArjuna Yuddham. Movie is directed by debutante Sanjeev Reddy.

This is a remake of the Malayalam movie, ABCD released in 2015. Movie became a big hit for Dulquer Salmaan and Allu Sirish hopes to repeat the feat.

Let's see how the people who watched the movie react about the movie on Twitter, here.

Very slow first half so far! Nothing has happened story wise & screenplay is routine.

Few comedy scenes by Master Bharath are good & Interval ends off on an interesting note.

All the best @AlluSirish! The movie be superhit. 💖🤩#ABCD https://t.co/FtA5nSahr0

All the best @AlluSirish! The movie be superhit. 💖🤩#ABCD https://t.co/FtA5nSahr0

US premieres of ABCD in 74. Grand release by Blue Sky Cinemas. Cant wait for all of you to enjoy #ABCD in theatres. #ABCDmovie @Blueskycinemas pic.twitter.com/yZE4b6i5yk

#ABCD Ok first half nd Avg Second half..
could have been better considering the story nd compared to the original version..
Might not become hit as it lacks Commercial elements 👎