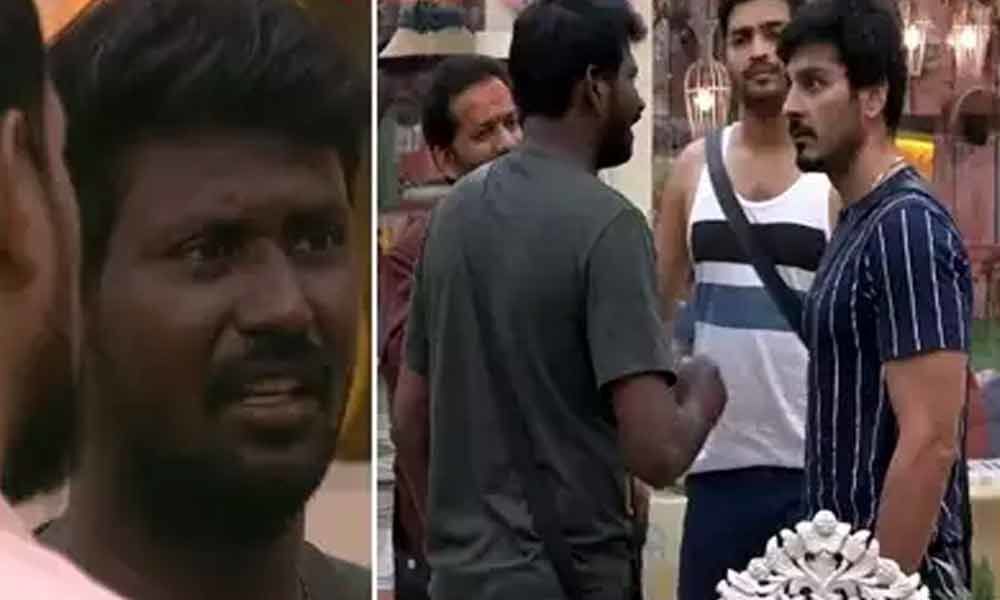 In the current episode, the discussion on Baba Bhaskar's nominations is still in progress.

In the current episode, the discussion on Baba Bhaskar's nominations is still in progress. Ali tried to sort out things with Baba Bhaskar but because of the involvement of more persons, things did not happen as expected. War of words has taken place between Mahesh Vitta and Ali over the same.

Both Vithika and Sivajyothi are hanged and the housemate who withstands it for a long time will win the task. Since Vithika has given up, Sivajyothi became the captain of the house.