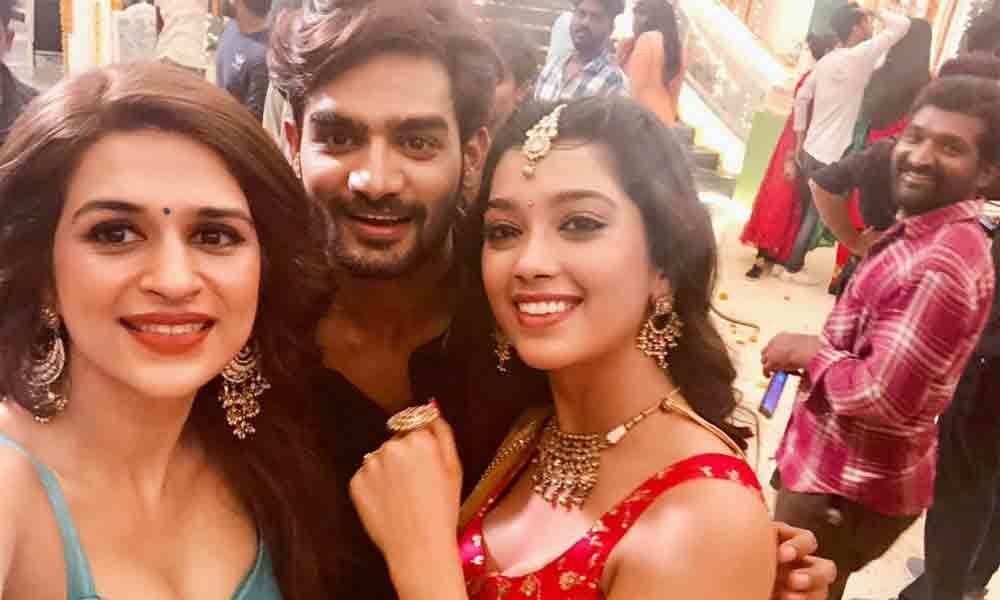 The ‘RX 100’ hero Karthikeya is returning with another youthful entertainer ‘Hippi.’It is a bilingual film written and directed by TN Krishna.

The 'RX 100' hero Karthikeya is returning with another youthful entertainer 'Hippi.'It is a bilingual film written and directed by TN Krishna.

It is already known that Payal Rajput and Digangana Suryavanshi are playing the female lead in this film. The trailer unveiled on Thursday is quite racy and interesting.

The trailer is loaded with emotions, drama, fights and many comic relief moments as well. Just like the teaser, we see Karthikeya's character struggling with his two lady interests.

Just like the teaser, the trailer too is all about the actor's steamy body and several lip-lock sequences with his actresses. We do get a hint of emotional moments in between all the playboy madness that Karthikeya's character is going through.

Needless to say, it will be another bold film from Karthikeya, who showcases his chiseled body besides his flair for comedy too. The film is bankrolled by leading Tamil producer and distributor Kalaipuli S Thanu, jointly under the banners of Asian Cinemas and V Creations and it is all set to see a release on

June 7. Looks to be a feast for youth and masses, going by the trailer.