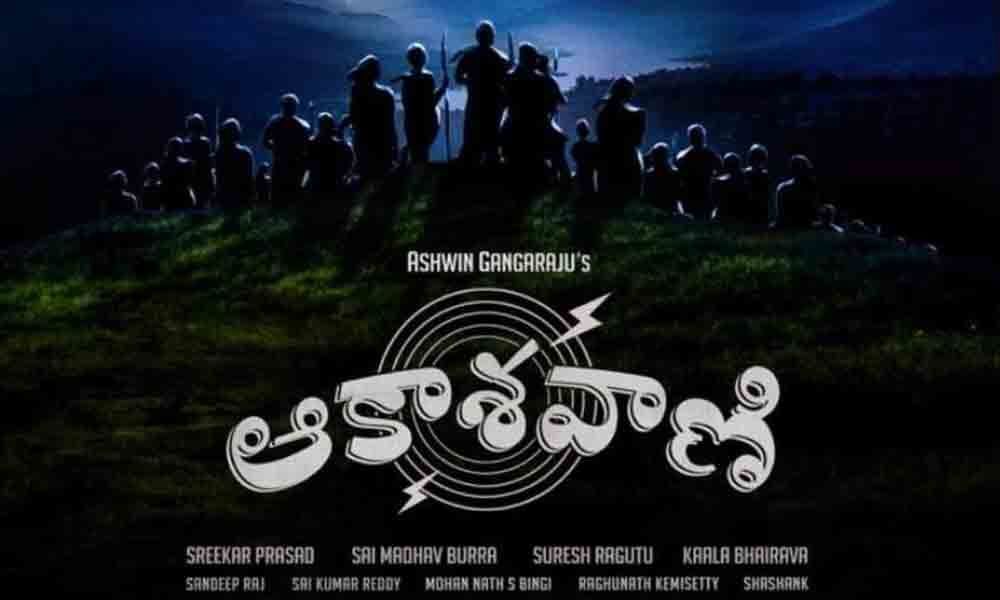 ‘Aakashavani', the debut project of the new trio SS Karthikeya - Ashwin Gangaraju - Kala Bhairava is in the last leg of its shoot.

'Aakashavani', the debut project of the new trio SS Karthikeya - Ashwin Gangaraju - Kala Bhairava is in the last leg of its shoot. The film narrates a story set in a jungle revolving around the theme of Radio. Nearly 90 per cent of the shooting has been completed in the myriads of Paderu region.

The shooting schedule at Paderu went on for almost 50 days amidst the challenging locations, harsh climatic conditions and hectic shooting hours. "What an adventurous ride it's been. The whole film in a single schedule with a tiny bit of it left.

After gaining some experience, he is making his debut with this film. While it introduces SS Karthikeya as a producer through his placard, 'Showing Business', Samuthirakani, the renowned Tamil actor plays a significant role in the film.

He has brought this news to Twitter by sharing some on-set pictures with the crew, the director and SS Rajamouli, during his visit of the sets.