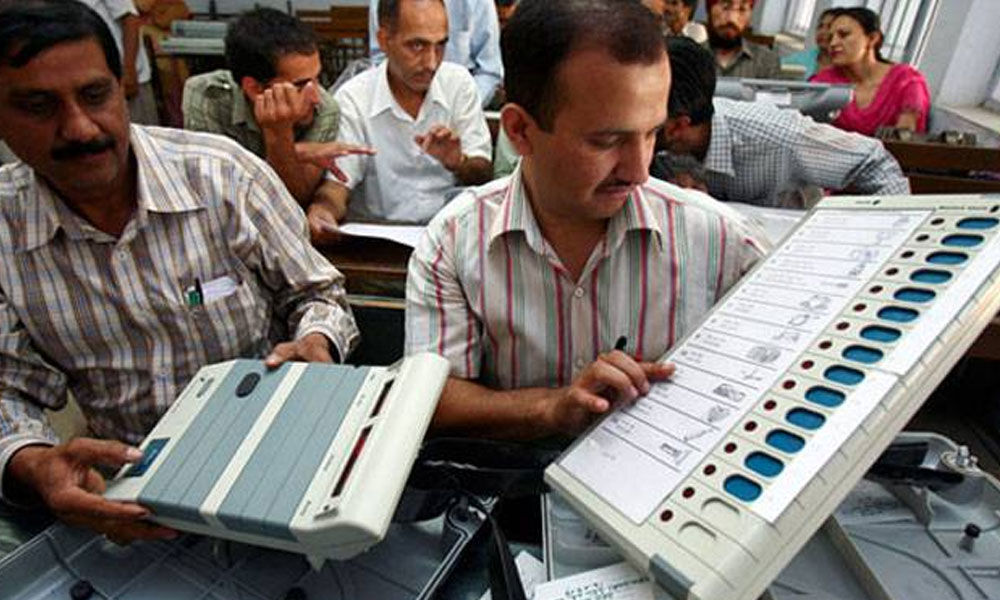 The stage is set for the world's biggest democracy to face another election. This time the elections are not only going to be the costliest polls but...

The stage is set for the world's biggest democracy to face another election. This time the elections are not only going to be the costliest polls but also are going to witness vindictive acts and there is a possibility of violence in certain States like Uttar Pradesh, Bihar and even Andhra Pradesh. The main fight would be between chowkidar-led BJP and the Opposition that alleges chowkidar of aiding and abetting criminals and harassing those who are opposed to him.

The polls will also be held amidst suspicion that the EVMs are not fool-proof. All the 21 parties which are opposed to the BJP approached the apex court seeking its intervention. They said that people's rights under Article 32 should be protected. They demanded that 50 percent of the VVPATs be counted before declaring the election result.

Most of the important leaders of these parties including Rahul Gandhi and Chandrababu Naidu will be present in the Supreme Court on Friday.The polls spanning over six-weeks starting from April 11 to May 23 are also causing concern for the Opposition parties. Since the elections are to be held in seven phases, the waiting period after the voters cast their vote is going to be too long.

This new style of holding elections over such a long period is going to result in an unprecedent cost of about Rs 50,000 crore. This marks a jump of about 40 percent expenditure seen in the 2014 parliamentary elections. It means the amount spent per voter would be over Rs 500. The big question is should the expenditure be so high in a country where the average earning of 60 percent of the Indians is around Rs 200 per day or even less.

This time, another prominent player in the campaign would be the social media. In a country where the tendency to misuse social media is on the high side, there is every possibility that it could play havoc and could even spark trouble at various places more so on the day of polling. In view of the short time for campaign and security reasons of VVIP leaders who would be the star campaigners on whirlwind tours, use of helicopters and video conferences are going to be high.

The money spent on campaign vehicles like buses which would be tailor-made to meet the special requirements of the leaders and other campaign material will also result in steep increase of the expenditure.While the previous elections used to be more of a battle between the parties based on their promises and performance, this time, various agencies like the Income Tax Department, the Enforcement Directorate and the CBI are also being used for arm-twisting of opponents.

The poll scene in AP is likely to be the murkiest. Already a sting operation by a popular English news channel has bared the fact that the BJP and the YSRCP are working hand in glove to see that Chandrababu Naidu does not come to power. The YSRCP chief jaganmohan Reddy made it clear that his party leader Vijaysai Reddy was in touch with the BJP and was doing a perfect job. He also said that if they did not work with the BJP, there was no chance of Jagan coming to power in next 50 years.

Hence it has been decided that where YSRCP has strong candidates, the BJP will field weak candidates. The BJP on its own cannot win elections but can cause damage to the TDP is YSRCP's calculation. At the national level, 2014 was the time when all said Ab ki Baar Modi Sarkar. The Congress had become unpopular, buffeted by corruption scandals and anger over high inflation.

But in the last five years what was considered to be a fresh breeze called Modi seems to be fast evaporating. Hence the ballot war is going to be a no-holds-barred battle. Hence voters should understand not to vote is not rebellion, Its surrender.