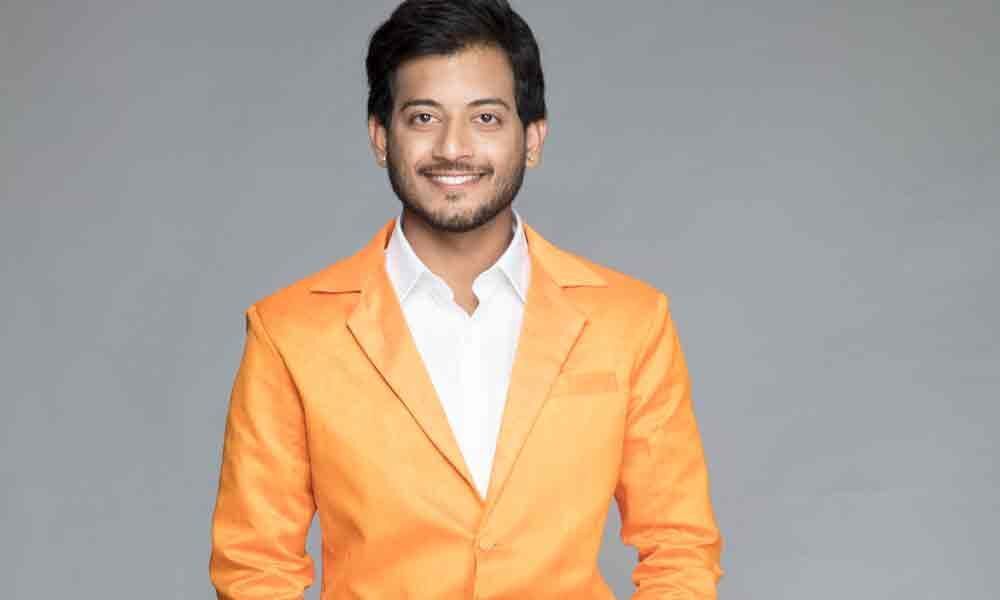 Popular TV actor Prajwal PD, the lead actor from one of Zee Telugu's highest rated shows 'Mutyala Muggu', is a well-trained classical dancer and specialises in the Tandav dance form. Prajwal also shot to limelight with his energetic performances as a contestant in reality TV dance show 'Dance Jodi Dance'

"I started when I was nine years old. It all started with my mother; when she was young, she watched the film 'Sagara Sangamam' in which Kamal Hassan has danced. She was mesmerised and inspired by the performance of Hassan, she made me join a classical dance class. At that young age I really did not know what dance had to offer and what dance really is... so I just went and did same 'adavus' for a year or year-and-a-half.

Subsequently, I was trained by guru Roopshri Madhusudan, who made me realise what dance is, and she made me go on to the stage and she helped to go deep into world classical dance. My school of Bharatanatyam is Pandanallur style. The specialisation of this style is every step is in coordination with the next. It is very angular, and it is the sequence of steps," he shares.

His passion for the art of dance and music grew with him. He specialises in the Tandav dance form. "My guru Roopshri Madhusudan suggested that I go under the tutelage of guru Satyanarayana Raju, who was a dance exponent and he trained me in tandava."

Tandava differs from regular dance forms and is very vibrant. It requires the dexterity of rhythm and expressions, which is abhinaya and rasa the physical state of mind and the psychological state of mind and expertise in aerobics, as it requires jumping, knee movements and all the 'adavus', which you will otherwise not use in other classical dance forms. It is most vibrant of the dances of Bharatanatyam repertoire.

"Tandava basically means the epitome of that rasa of dance – there are Ananda tandav, Samahara tandav, Uma, Gowri so on and so forth. This is the most energetic of all the dances, it has a very masculine variant from otherwise which is lasya. Lasya is where you gain the audience attention via expression, your eye movement, etc. But here you gain the audience with pure dance and it only has nritya part of it where there are subtle abhinaya and most of the dance part, which involves bodily movements than your expressions."

All the major life decisions he made were reflective of his passion and anchored around dance, as he opted to study commerce in high school, in order to allot an adequate amount of time to practice dance and music.

"I was a science student. In my 11th and 12th grade I was very inclined towards Physics and Chemistry and wanted to elect Physics as my major. However, to be a dancer has always been my dream. In order to make that a reality, I chose to study commerce. I am glad I followed my heart and that choice has led me to become what I am today."

He established his career as a television actor, unplanned and motivated by the opportunities he received. His first role was that of Lord Krishna, where he could dance by standing on the Kaliya Snake, and he continued to secure such opportunities that required him to perform the art he had mastered. Today, being a part of one of the television industry's top-rated shows, Prajwal maintains time and effort to pursue music and dance.

"Acting happened to me by chance. When I was at the end of 11th grade, once after my performance, I was offered a role in serial it was a very small role where I was called to play Krishna, on a mythological weekly of Vishnu saga. After that they were happy about the performance in the serial and one of the crew members invited me over for production that was starting a new serial and I tried it out because I would fit the role and that is how acting career started and still going on," Prajwal says.

Prajwal's roots are from Udipi, Karnataka and he was born and raised in Bengaluru. Now, Hyderabad is a new abode.

The TV actor comes from humble family background. "My mother is a homemaker, father worked as an accountant and I have one elder brother and my grandmother. I don't have anyone from my family who is part of this industry. My grandfather used to play the veena and later I developed an interest in music and dance."

"To make my dreams come true I have had four major pillars –my mom and dad. When I was young, I could not travel on my own so my mom used to travel with me and dad also would make sure that I was ready before going on the stage.

Also, what I do on the stage, the credit goes to my gurus because they have backed up this passion of mine and fed the fire and kept it alive to the point that I am doing this interview today. So, without these four people, I would probably not have the solid foundation and my dream would have been just a dream."

Prajwal dedicates he success to dance. "Because of dance, I reached this stage today. Without it, that role of Krishna wouldn't have happened, so I reiterate dancing is life." Another memorable moment in his life is when he met the inspiration behind his career.

"I actually met Kamal Hassan during Filmfare Awards and he appreciated my performance and I think that is the greatest gift I could give to my mother for having that little dream seeded in me, which probably today is a plant or a tree. And I have told Kamal Hassan that my dance career is because of him and he was quite happy about it and I am sure he must have heard it many times from a lot of people (laughs)."