And, what Mithali thinks... 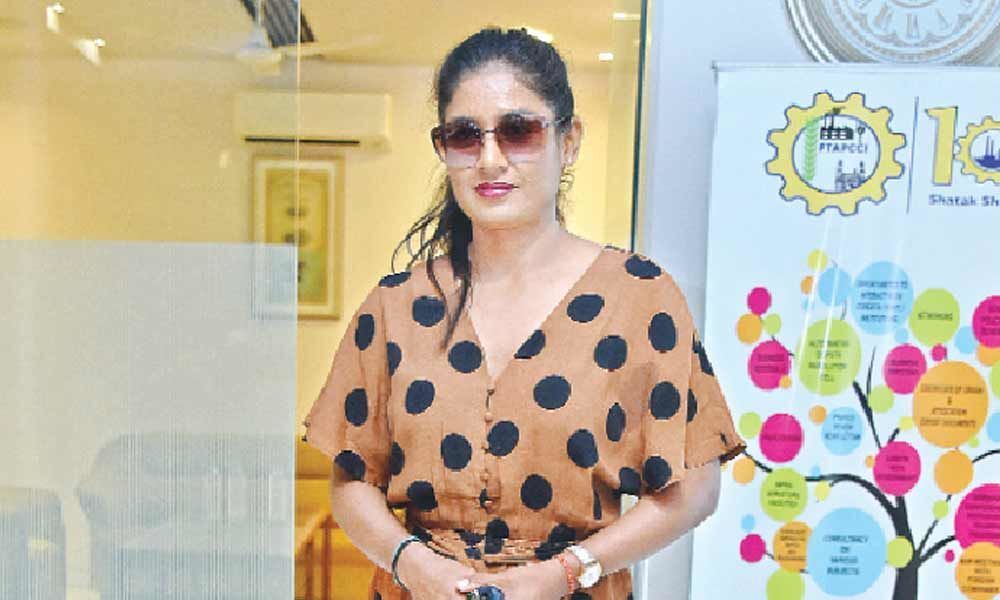 Ace-cricketer in a freewheeling chat talks about the challenges that women face, gender gap, her inspiration and more….

Telugu bidda Mithali Raj, one of the greatest batswomen to have ever played in the history of the cricket, has been an inspiration to youngsters since her foray into the mainstream cricket.

Mithali is the highest run-scorer in women's international cricket and the only woman cricketer to surpass the 6,000 runs milestone in WODIs.

The ace-cricketer was part of the panel in the programme titled 'Better', which was recently conducted by an NGO and the on the sidelines of the event she opened about various challenges that women face.

Sharing her views about the gender gap in the society she said, "Gender gap does exist in India because any change doesn't take place overnight, it's a long process.

I believe if we start a voice and spread the awareness among everybody that they should not be any gender gap of disparity, one should be looked into giving equal opportunities and based on that one should deserve what they get.

It should not be said that a male or a female can do this particular job. Our society is built on a lot of perceptions and what we think is what we spread around. I think we should change that mindset and once that happens slowly it will take time."

About the gender gap in cricket, she says, "I don't see it as a gender gap. Yes! Even men's team has gone to those times from the beginning and they are now, only after they won the world cup in 83 things have started to change.

Of course, the board had played a major role in promoting the sport, developing players of calibre like Sachin, Sehwag all these players were made by the board because the more they promoted and marketed in the 90's that we have seen India playing and winning so many games, it has come to a point today that Indian team is one of the top teams.

We are the richest board and that has a lot to do with the players and also the way the board has marketed the sport.

That is the phase we are in right now, after winning the one day world cup the way things have started to work for women's cricket now with every series being televised, which was not done before, so people who wanted to see us play and have a first-hand experience of watching women play they had no tool.

Now gradually things have been changing for women's cricket, people now are aware of all the names of the team members."

The champion, who has been an inspiration to many young aspirants informed about her pillar of support and inspiration. "I have many people in life in my long career to look up to.

I suppose for every girl their parents are an inspiration. For me, it is my mother, and then I had my friend, who is a lawyer and though her passion was cricket she got into law as her dad wanted her to be a lawyer.

I know how much she struggled without a pedigree she has become one of the top lawyers in UP. I have another friend who was an ex-player and now she is into coaching, she thrives to coach young kids.

So, I think when I see these girls working very hard for their passion without expecting anything in return that in it are an inspiration."

Speaking about the challenges that came up to her in her career she said, "At every level, you have different challenges, it was a challenge for me to get up early in the morning.

As a kid I loved to sleep and I still love to sleep, that's a challenge every morning I would wake up and see my grandparents sleeping at 4:30 in the morning I used to think when I will get old to sleep like this.

So, I think that a career cannot be defined with one challenge that's how you progress."

On asking her about who would fit into her role for her biopic she says, "I only know that whoever is taking up the role has to work really hard on bating (laughs).

Acting is something they are very good at, but this requires you to learn some part of the skill as long as someone is good at learning batting will do a good job I believe."

Foreseeing a lead for women in India in the field of cricket she says, "I see more opportunities coming up, but being a young cricketer you should not be aspiring for overnight success, it's always important to work hard and climb the ladder step by step, that's when you can maintain and progress.

If you are expecting overnight success, overnight failure is also inevitable. It is important that one needs to gradually progress."