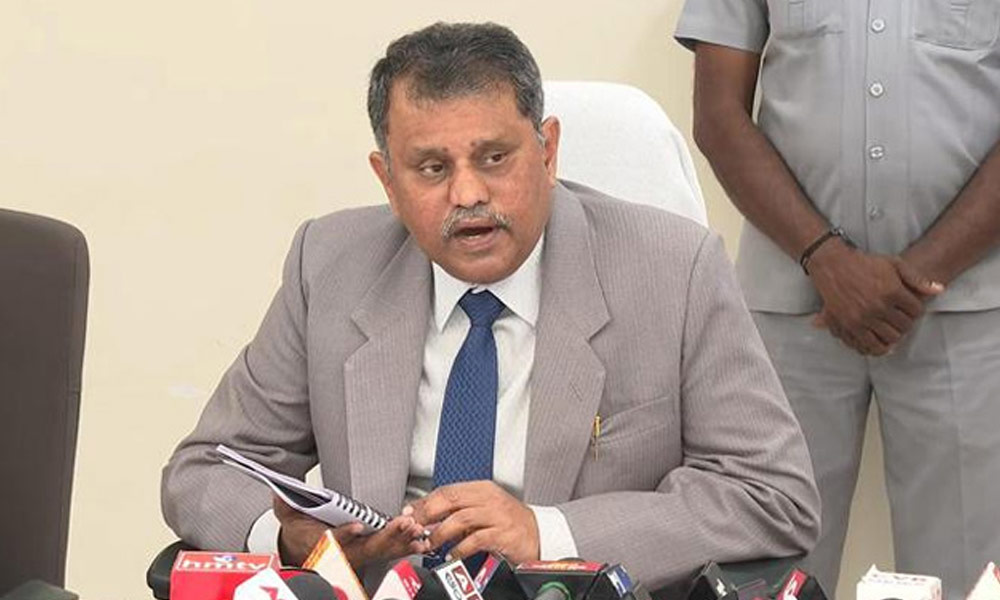 As per the AP High Court observations in its judgement on March 16, the outgoing State Election Commissioner prepared draft recommendations of certain changes to election law and measures to improve electoral practices

As per the AP High Court observations in its judgement on March 16, the outgoing State Election Commissioner prepared draft recommendations of certain changes to election law and measures to improve electoral practices. He said that the suggestions are classified under two heads including changes to Acts/ Rules and procedural changes.

The SEC opined that The State Election Commission should be vested with the complete responsibility as well as determination of all related matters pertaining to elections to improve the election environment by centralizing all the related decision making processes. He said enabling citation and provision has to be made in both AP Panchayat Raj Act, 1994 and Municipal Acts.

As uncertainty and delays have been the bane of local body elections which are to be held with unfailing regularity, the elections to local bodies should also be done with the same sanctity as in case of legislatures.

In extraordinary and compelling circumstances like natural calamities and health emergency, the Election Commission shall be consulted and concurrence in writing be obtained mandatorily for such situations. However, such interim arrangements should not exceed maximum of six months. The determination of reservations shall be vested with the Commission exclusively instead of Government. Many states have already adopted this practice.

The preparation of electoral rolls is exclusively to be vested with the State Election Commission as well as delimitation of wards instead of with Govt. Delimitation of wards shall be done by the Commission through consultative process. Merger of Gram Panchayats with urban local body shall be completed well before notification i.e. six months before notification schedule. The State Election Commission shall have full financial and functional autonomy and full empowered. The Commission's mandate should be recognised by the govt which shall provide it with all necessary facilitations.

The State administrative machinery will be completely accountable to the state election commission. Provision has to be built into AP Panchayat Raj Act and Municipal Act.

Regarding appointment of State Election Commissioner, a three-member collegium system is to be put in place with a representative of High Court in the search committee along with Chief Secretary and retired SEC as other members. The tenure and service conditions shall be the same as sitting High Court judge. The SEC needs to be protected against scurrilous attacks and its stature and standing shall be protected especially in the social media.

The electoral law is to be amended to enable the Commission to restore the rights unduly deprived of any contesting candidates on enquiry and to its satisfaction during the course of election process with a view to safeguard against the pernicious practices of forced withdrawals and prevention from filing nominations.

The present abridged practice of 15-day election schedule is found to be lacking in transparency and well lacking in level playing field. The old and tested 21- day schedule is recommended to be brought back.

To promote transparency, the elected representatives shall submit their option before the notification date to the commission.

To prevent horse trading post-elections, it is recommended to hold the elections of Mayor/chairperson in case of ULBs the day after counting at 11 am instead of present practice of three days.

Amendments to be PR and Municipal Acts will have to brought to facilitate e-filing of nominations as being done by several states.

♦Analogous to the measures adopted by Election Commission of India, long standing personnel of the Panchayat Raj, Revenue and police department should be transferred in consultation with the election commission.

♦ A complaint receiving and redressal system which is technology based will be adopted both at State and district level.

♦ In view of several complaints receiving during counting process, EVMs is the preferred mode in case of elections to the Urban local bodies.

♦ The filing and withdrawal process shall be completely sanitised under electronic surveillance. Counting process will be done with complete transparency under electronic watch. The police personnel are expressly forbidden to enter counting area.

♦ The general guidance imparted by Commission shall be adhered to in case of counting to promote transparency by collectors and returning officers.

♦ The code of conduct shall be in vogue without exception and any violation will be taken criminal cognisance by police authorities suo moto or on complaint made.

♦ Any category of Govt servants including contractual appointees under various nomenclatures such as helpers or volunteers found to be involved in partisan conduct shall be summarily discharged.

The above measures are only indicative, but not exhaustive. However, implementing them through statutory changes and amendments is the need of the hour.