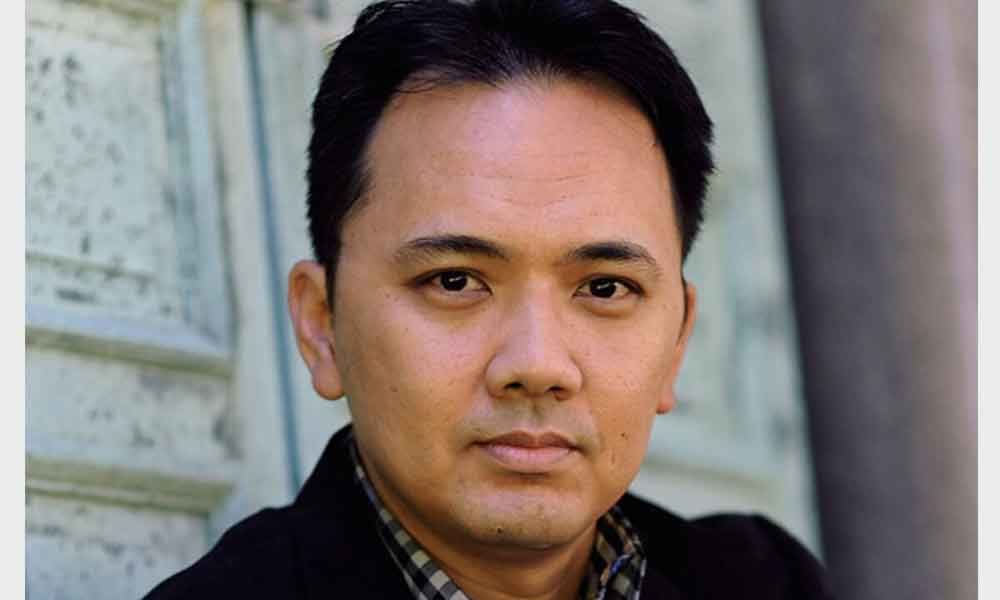 Vu Tran's father fought for the South Vietnamese Air Force with the Americans so he had to flee the country when the South fell to the Communist North ...

Vu Tran's father fought for the South Vietnamese Air Force with the Americans so he had to flee the country when the South fell to the Communist North in April 1975, five months before Tran was born.

He ended up in the US. Tran, his mother and his sister could not escape until 1980, fleeing by boat and were lucky enough to have his father sponsoring the family to the US.

They arrived in Oklahoma in September 1980, where he met his father for the first time. Today, Tran, a University of Chicago don, also pens fiction, with his debut novel, "Dragonfish", being named a New York Times Notable Book.

"A lot of my fiction, while not necessarily autobiographical, ends up dealing with the experience of fleeing one's homeland and settling in an entirely alien world, something I and hundreds of thousands of Vietnamese-Americans have gone through," Tran, Assistant Professor of Practice in the Arts and Director of Undergraduate Studies in Creative Writing, told IANS in an email interview.

"Trauma - physical, emotional, psychic - is a major part of that experience. It can significantly distort one's idea of happiness, of love and desire, of obligation and family, of country and religion, of oneself.

In my fiction, I try to explore the many ways that this trauma manifests itself, not only in those who experienced it first-hand, but in those who inherit it from their family, even if they themselves have no memory of it or did not experience it themselves.

"The trauma also seeps its way into the lives of the non-Vietnamese whose lives are intertwined with Vietnam, whether during the war or decades later in America, said Tran, whose short fiction has appeared in the O. Henry Prize Stories, the Best American Mystery Stories, A Best of Fence, and other publications.

His fiction workshops are designed to help students find their voice, cultivate their voice, and then challenge and expand their voice - all while carefully studying the work of peers and masters of the craft.

"A lot of people tend to believe that a writer's voice is some magical and unique point of view that lives somewhere deep inside them, and what they have to do is search within themselves for this voice and then conjure it onto the page. I try to think of this process in more practical terms.

"I believe voice comes from asking yourself, after every single sentence you write: Do I TRULY believe this? This is not always a moral or philosophical question. Oftentimes, the question is much less lofty yet still very important.

And out of that - out of those decisions on prose, imagery, style, rhythm and philosophy - comes a writer's voice," Tran explained.

He said it was amazing how, even in his 30s, he was still writing sentences that were perfectly sound and pretty and even meaningful but did not entirely reflect his most honest self.

What he tries to teach his students is that writing is a process of constant self-interrogation, even when you're not writing about yourself, and then using language to express the deepest parts of what we truly believe and what we still want and need to understand.

"In my course, students are usually working on a story collection, a novella, or a novel, and in their workshops, the class and I try to give them feedback not only on the excerpt itself, but also on how they can think about the excerpt in the context of the larger work.

"So if it's a short story, for example, how can they go about improving it by thinking about the larger themes or forms or overall tone of the collection?

This is ultimately about structure, and sometimes one of the best ways to fix the small problems in a work is to think about the larger structure of the project and the kinds of things we want from that project," Tran concluded.