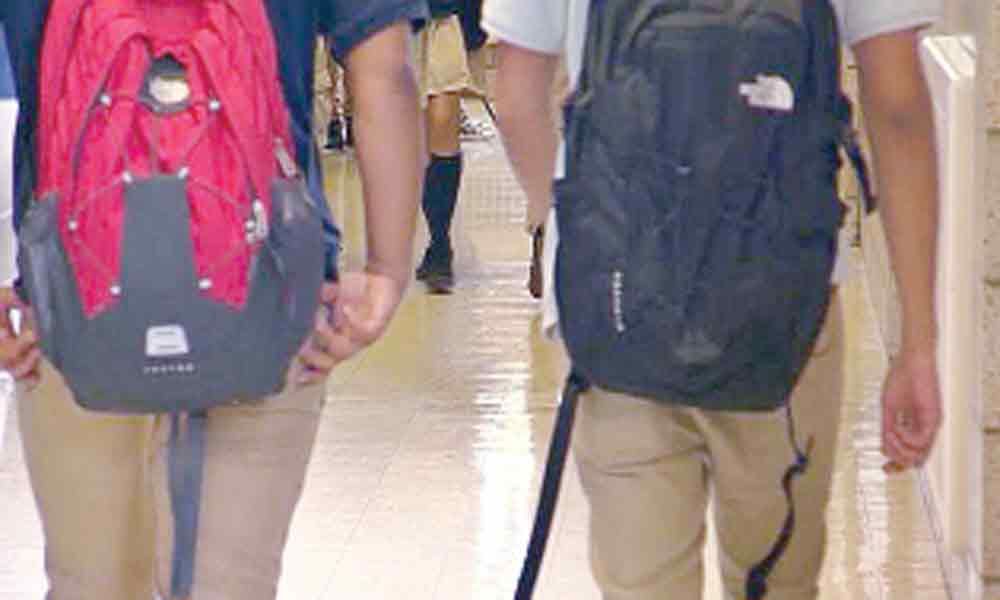 To most public school students, lugging a heavy backpack to school is a burden, but it might explain a health advantage over home-schooled children...

Washington D.C.: To most public school students, lugging a heavy backpack to school is a burden, but it might explain a health advantage over home-schooled children which is a healthier core.

A study by Rice University kinesiologists compares specific health metrics between two sets of students age 12 to 17 who have been a focus of the group over the past couple of years. The new study appears in the American Journal of Health Education. The second author is a Rice undergraduate student, Kendall Brice.

While previous work showed home-schoolers should expect no added risk to their general health over time, the new study, also led by Rice lecturer Laura Kabiri, draws a few disparities from a dataset she gathered at Texas Woman's University.

It specifically notes home-schooled adolescents had significantly lower abdominal strength and endurance than public school students required to take part in physical education programs. This was despite no significant difference between the two groups in measurements of body mass index.

Public school students in the study proved significantly better at performing curl-ups, a metric that measures abdominal strength and endurance. The researchers wrote that could be explained by their daily use of backpacks weighing up to 25 percent of their body weight, sufficient to engage core-stabilising muscles.

"This is actually a hot topic in pediatric health and wellness and I don't want anyone to think we are encouraging students to carry heavy loads in their backpacks," Kabiri said. "We all know that carrying heavy backpacks can lead to musculoskeletal problems. In fact, the American Chiropractic Association recommends a backpack weigh no more than 5-10 percent of a student's body weight. "However, we are hypothesizing that heavy backpack use among public schoolers could be one explanation for the difference in core strength seen in our study," she said. "Improper instruction and form for abdominal exercises among home-schoolers are another. We really don't know the root cause but do see a difference. This is why we as health and wellness professionals need to do a better job reaching out to the home-school community."

The metrics were drawn from 132 participants evenly split between home and public school students. The home-schoolers took standardized fitness tests to measure body mass index, the ability to run for endurance and the capacity to perform curl-ups and push-ups. These results were matched to public school student data collected as required by states. Push-up numbers revealed another interesting disparity. Public school students were on average able to meet requirements, but home-schooled students narrowly missed them.

"There was no significant difference in the mean for the push-up test, but it was significant for their health classification," said Brice, who will graduate from Rice this May.

Kabiri said home-school adolescents' fitness deficits could impact their health in the near term and in the future. The solution is to provide better advice for those students and their parents.

"The main conclusion is that we need to do a better job as health professionals in reaching out to this community," Kabiri said. "They're very well intended, and very willing to learn about technique and proper forms for doing these exercises."