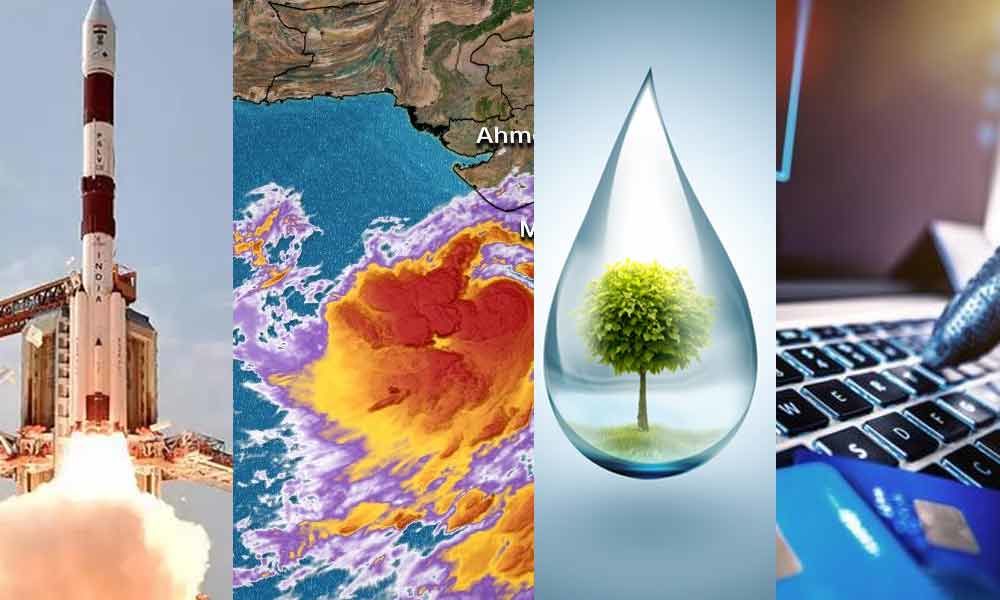 Hats off to ISRO with its base ready for launching the most-awaited Chandrayan-2 on July 15.

The robotic rover scheduled to be ejected from mission's lander is likely to come out with valuable data like the exact quantum of water and minerals existing on the lunar surface, topographic study, etc.,

If the launch identifies any so-far-unknown lunar features, it would certainly be a great success of Modi's regime 2.0.

This refers to report "Cyclone Vayu turns severe, to make landfall in Gujarat (THI 13 June). I would like to appreciate the kind zeal shown by BJP government at centre and state to get ready to face wrath of Vayu cyclone.

The NDRF and including armed forces are going all out to support the state government to face any eventualities.

When the elections were on similar action was taken when cyclone made its presence in Odisha and thankfully with minimum loss of life. Incidentally when Gaja hit the coastal Tamil Nadu and Puducherry, the zeal was missing from centre resulting in loss humans and crops.

Is the life of Gujarati who have been giving all the support to the son of soil to become PM not once but twice is more precious those living in Tamil Nadu and Puducherry.

I think when it comes to natural calamities, the government in power should stop step-motherly treatment to non-BJP states true to the spirit of "Sabka Sath, Sabka Vikas,Sabka Vishwas".

One of the reasons BJP could not make its presence felt in Tamil Nadu/Puducherry , may be it was cyclone Gaja.

There is looming water crises nationwide, and severe drought conditions across some regions. The new government should focus its mind on water, already an item of attention in the BJP's manifesto.

With the country staring at possibly the longer heatwave spell, things have been made worse by an increasingly acute water crisis. Shockingly, 75% of households do not have drinking water on their premise and 84% of rural households lack access to piped water supply.

Already, the ground reality is of falling water tables and the drying up of rivers, in the backdrop of more variable rainfall patterns and rising water demand.

It is the hitherto missing link in the Swachh Bharat Abhiyan, so that household toilets are actually used as intended.

What is needed better management of water sources for agriculture and households, even as we arrest falling water tables, excessive dependence on groundwater and recharge aquifers.

This is all due to the cumulative effect of poor water management and climate change. Meanwhile, the underground water has severely depleted in several regions creating an acute water shortage.

The way forward is to introduce irrigation reforms, rejuvenation of rivers and well-planned transparency in urban water management to augment resources for sewerage and wastewater treatment are essential.

It is projected that over the coming years there will be a deficit of 43% between water availability and requirement, increasing to 50% by 2030 unless usage patterns change.

The need of the hour is a comprehensive water plan that focusses on reusing wastewater, recharging aquifers and preventing overuse.

It is shocking to note that around Rs 2.05 lakh crores of money is involved in bank frauds and more than around 85 % of these frauds amount has come from Public Sector Banks.

It is only at this juncture frauds were committed by these so-called high-voltage borrowers sometimes involving bank managements too. All the procedures including identifying Early danger signals etc were all given go-by and banks managed to show these default loans also under Performing assets which the auditors were definitely aware.

Frauds small or big have to be mercilessly dealt with by the banks or else the small saver will lose faith in banking industry as well.