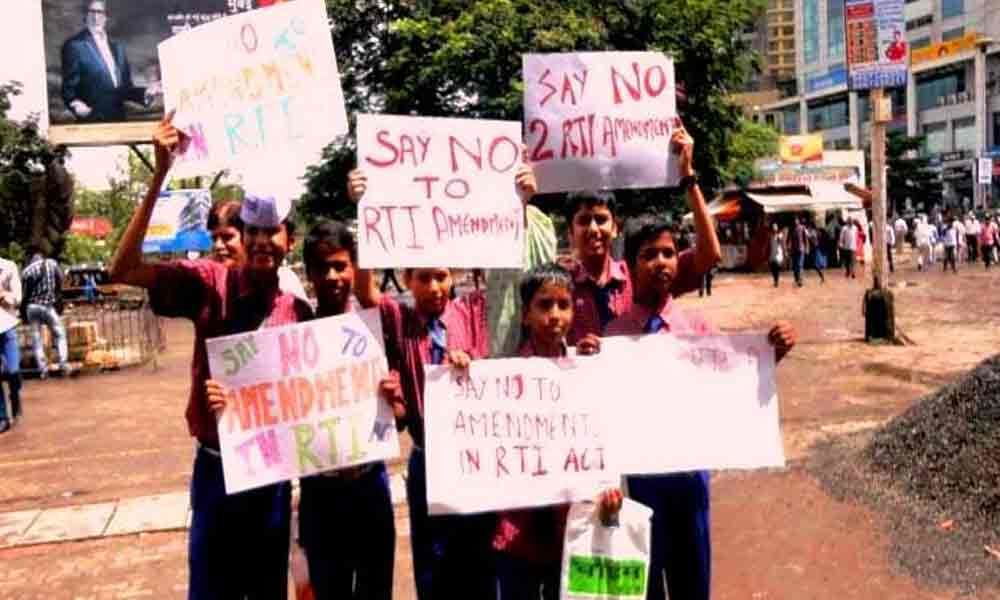 This is with reference to the article RTI (Amendment) Bill will kill autonomy of CIC' (THI, July 24) Transparency in the government functionaries is...

This is with reference to the article RTI (Amendment) Bill will kill autonomy of CIC' (THI, July 24) Transparency in the government functionaries is the need of the hour. Major corruption scams like the 2G, Commonwealth Games, Adarsh scam and others were brought into daylight solely due to strong Right to Information Act, 2005.

Thousands of common public received their pensions, scholarships, other government benefits which were long delayed or denied to them with the help of strong RTI Act, 2005. Now, just imagine if there is no such powerful weapon like Right to Information Act in the hands of the common public.

The proposed Amendment Bill is just intended for the same. Until now, the Chief Information Commissioners are acting independently are somehow keeping the spirit of this RTI Act alive. The proposed amendments are only disempowering the CICs; How could any CIC who is nominated, whose tenure and functions decided by the Centre, can act independently and take any action against the Central government functionaries? The proposed Amendment Bill is repressive. It should be rejected.