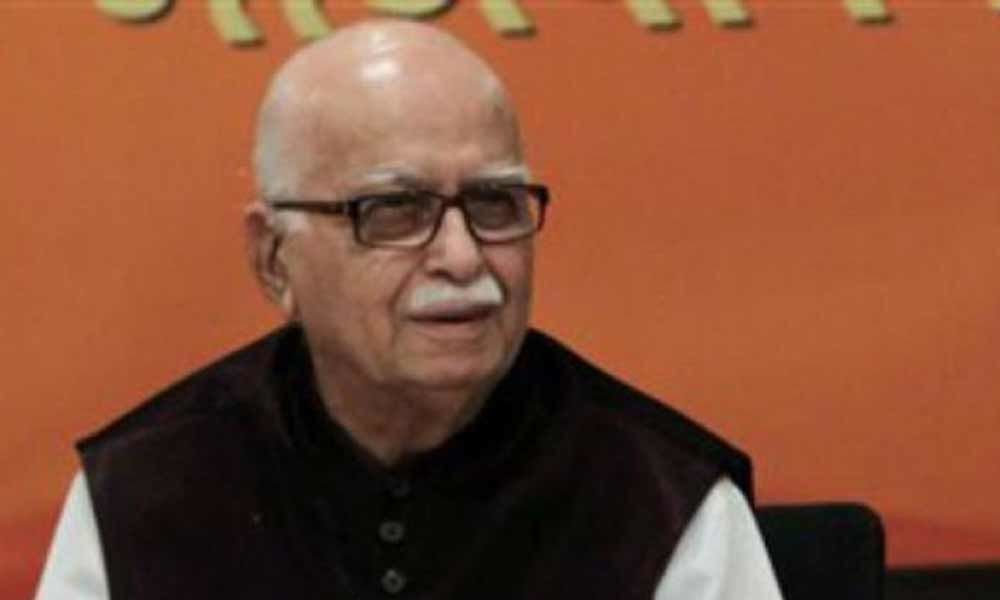 Lal Krishna Advani who is a founding member of the BJP wrote in his blog after a long time that the he is following the principle of 'Nation...

Lal Krishna Advani who is a founding member of the BJP wrote in his blog after a long time that the he is following the principle of "Nation first,party next, self last" .

So, he advised the Party cadre not to deviate from it even under testing times. Obviously this statement came from a leader who was denied ticket to contest from Gandhinagar in Gujarat which he represented for six times, in present general elections.

Political observers attributed this to the statements of the BJP leaders including Prime Minister Modi who repeatedly stated that Pakistan and opposition parties were working in tandem to defeat the BJP.

Further he told his party activists " who disagree with us politically are not our enemies and regard them as our adversaries "He also advised his party stalwarts to maintain democracy and democratic traditions both within the party and larger national setting.

Mr Advani clearly informed that the core ideology of the party is not denying the independence of democratic institutions including the Election Commission of India ( ECI ).

Thus the BJP cadre including its national president must yield to good advice of Advani who started his carrier as volunteer in RSS at the age of 14 and brought out the party to the ruling and he himself served the country as Deputy Prime Minister.