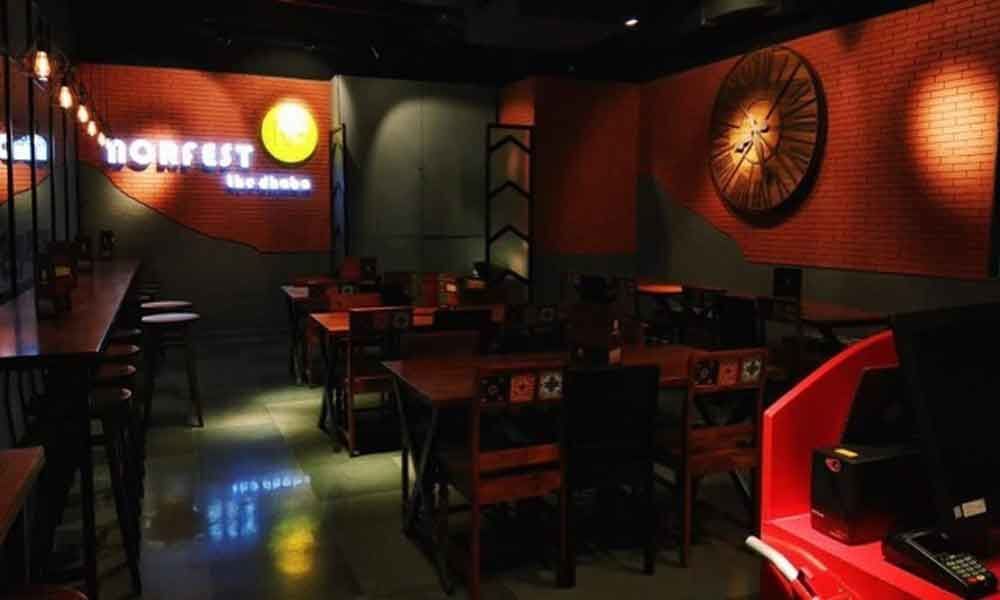 Around 80% of the top 100 Quick Service Restaurants (QSR) chains of the world hail from the US while India which is 4 times US in terms of population has no brand to boast of being anywhere close to the Top 100 QSR chains.

Hi-Tec City: Around 80% of the top 100 Quick Service Restaurants (QSR) chains of the world hail from the US while India which is 4 times US in terms of population has no brand to boast of being anywhere close to the Top 100 QSR chains.

Indian outlet owners don't want to set scalable processes and they cut corners in hygiene to make some quick bucks and have no control on raw material sourcing. They also largely do not follow the standards set by Food Safety and Standards Authority of India.

Norfest, a city-based startup, wants to change it all. It has come up with a QSR chain to bring the flavours and cuisines of the north Indian dhaba food from the highway to Hyderabad.

"With McDonald's having around 35,000 outlets across the world and around 400 in India, I haven't seen any Indian food outlet chain growing in India. We see McDonald's and another couple of American outlets in every mall here. So, the concept is to bring the Dhaba Food from highways to cities, club it with cafe culture and create Fusion Dhaba," said Prateek Kumar, Founder & CEO, Norfest.

"It had always been in the background to solve some global problem with a scalable model and solution. We were sector agnostic and could have been any industry. Each one of us individually was trying separate ventures before we clubbed together for our common interest in food and beverages. As we went through various industries scouting for problems and solutions food came out to be the top most priority for us.

Hence, we decided to create a highly organised, hygiene-focussed affordable premium scalable QSR chain which would be present in major clusters of India via its three formats and hybrid channel basis such that majority Indians may have access to hygienic food," added Prateek sharing his idea to start this modern chain of Dhaba.

Prateek who was already working in Hyderabad with a leading private banking institution was coming out of its bifurcation mode and poised for high growth. The time was appropriate for them to start with and hence the other co-founders (Arjun and Nikhil) relocated from Delhi to work full-time in the venture and registered the partnership firm in October 2015 with the first outlet coming live in April 2016 in SLN Terminus, Gachibowli. It started with a team of one founder and two co-founders along with five kitchen operations team. Now, they have 60 employees in total including a group head chef and a group general manager.

Currently, they have 6 outlets across Hyderabad in Gachibowli, Hi-Tec City, Madhapur, Punjagutta, Dilsukhnagar, and Chandanagar and are planning to make it 25 by the end of 2020 and are in talking terms to start their outlet's chain in Chennai, Bangalore, and Delhi by the end of May 2019. Their aim is to set 200 to 300 outlets in India by the end of 2025 and to be in top 100 QSR chains of the world.

They operate in three formats Dark Kitchen Model, Service Outlets and 60-80 seater restaurants and currently serve 1,500 customers daily across Hyderabad. They were a part of the Startup Leadership Program (SLP) batch of 2018-19 and are recognised as a startup by the Department of Industrial Policy and Promotion (DIPP) and Government of India (GOI) since 2018.