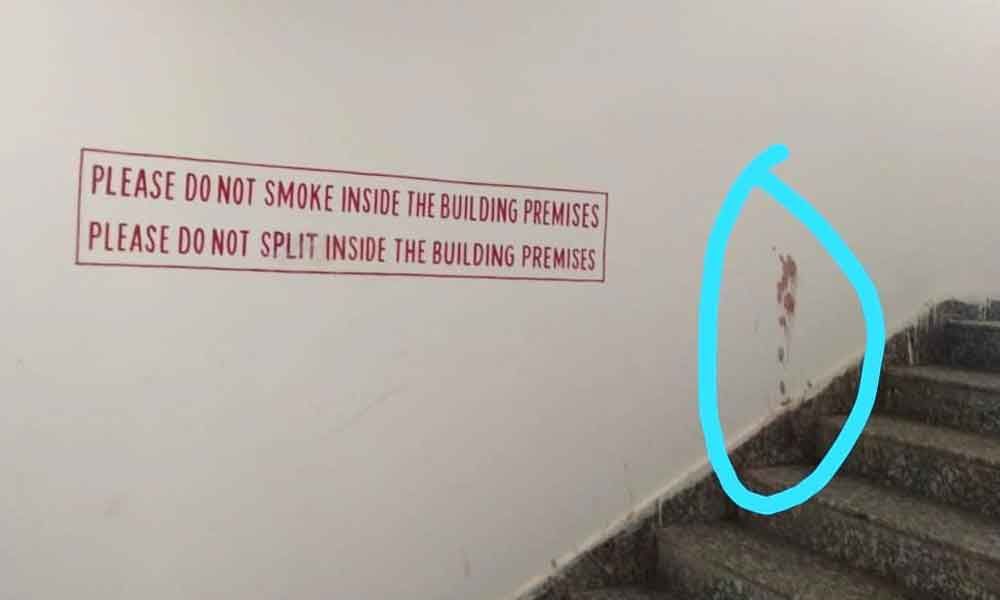 At the area near M Square building near Suchitra Road one often comes across disgusting littering and spitting as its chronic problems.

Suchitra: At the area near M Square building near Suchitra Road one often comes across disgusting littering and spitting as its chronic problems. Concerned citizens want the government to come up with a strict policy making littering and spitting in public places punishable by law. If people are not willing to shoulder the responsibility of keeping the country clean, the government should think of acting tough on them, they say.

L Salgiri, a Visitor, said, "The neat and clean wall wears a dirty look due to spitting people lacking civic sense, in utter disregard of the rules mentioned on the wall. If people are not willing to take up the responsibility of keeping the city clean, then there should be a stringent law enforced by the government in its letter and spirit."

K Janki, speaking to Hans India, said "A heavy fine should be imposed on offenders. They should be forced to clean the area they have littered or dirtied. It is one of the major reasons why serious infections become uncontrollable in our country."