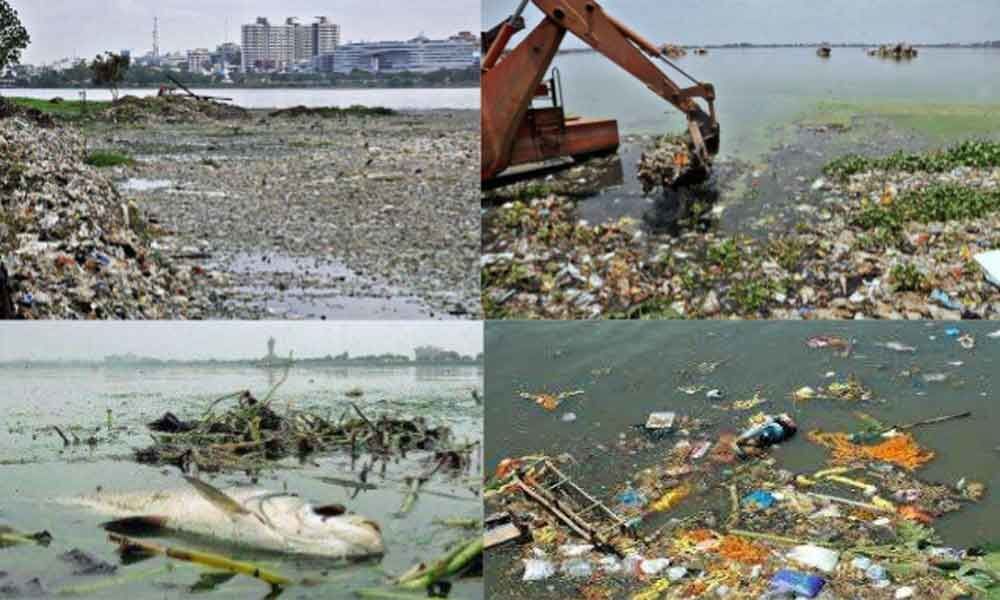 The recent tweet by TRS working president K T Rama Rao on exhorting people to toe the line of Ahmedabad Municipality of not immersing Ganesh idols in...

Hyderabad: The recent tweet by TRS working president K T Rama Rao on exhorting people to toe the line of Ahmedabad Municipality of not immersing Ganesh idols in water bodies has many takers in the city.

It may be noted that Amdavad Municipal Corporation Commissioner Vijay Nehra shared a tweet on how residents of the region decided to keep the Sabarmati clean by not immersing idols of Goddess Dashama in the river.

KTR in response tweeted: "If Ahmedabad can do it, why can't we in Hyderabad take a leaf from their book and try the same for Ganesh Chaturthi."

"It is a great idea which KTR has proposed. If the Hyderabad people adopt this method, we can save our water bodies from pollution," said Abhinav Sakar, an employee of Zorya Fashions.

"Instead of using Plaster of Paris idols, all puja pandal committee members should plan for eco-friendly Ganesh idol which is easy to immerse. We should support KTR," says Mahi, an MBBS student of Gandhi Medical College. Dr Harish, a junior consultant of CTVS, Yasodha Hospital, said that this plan would not be accepted by some society members, as this tradition has been going on for a long period. "Better we can plan eco-friendly idols which we can immerse in a bucket or in a artificial lake. Also height of the reduce idol should be reduced.

As to beautify the lakes under 'Saaf Hyderabad, Shandaar Hyderabad' GHMC and various NGO have taken an initiative to clean the lake and if this method of not immersing Ganesh idols is applied, this we can save our water bodies and also can control water pollution," says Upendra Reddy, MBA student.

"I completely support government on its decision and it is our responsibility to safeguard our water bodies. After decades, we have this opportunity to protect, so far we have always tended to contaminate water, and, at least from now on, we shall not do it and support government which is working for a change," said Prem Kamal from Motinagar.

"Glad to know government is thinking in terms of preventing water bodies from contamination. KTR's tweet is surely going to have an impact and one hopes people will rise to the occasion," says Vishal Kumar from Goshmahal.