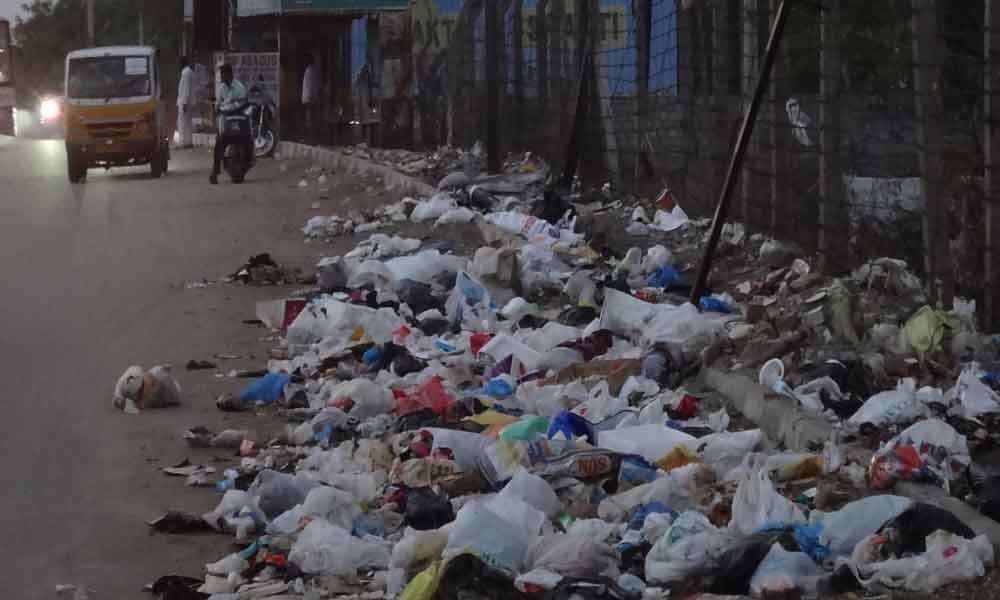 Sun City bus stop near Sai Ram Nagar Colony represents the fallout of the improper implementation of the solid waste collection both by the municipality and the residents in the city.

Champapet: Sun City bus stop near Sai Ram Nagar Colony represents the fallout of the improper implementation of the solid waste collection both by the municipality and the residents in the city. The bus stop is filled with garbage everywhere even under the seats. It is a public bus stand, and it is nearly impossible for passengers to board buses from here.

Even after repeated complaints made by the passengers on the issue, there is no proper response made by the municipal authorities and tons of garbage remains piled up in the bus stand.

The nearby residents and commuters are throwing garbage wrapped up in plastic bags, and it is the main reason for the pollution. This is the only bus stop here from where many passengers reach their destinations every day."The strong stench emanating from the garbage is making everyone who is waiting for the buses sick. It is a real hard to wait here and board a bus," said Rajeev, a bus passenger.

"Residents should use the municipality dust bins, instead of dumping the garbage near the bus stop. Swachh Bharat campaign does not seem to have effect in some areas of the city." said a local.

Municipalities try their bit of door-to-door collection of waste and its disposal, but still we find residents dumping the waste near the colony roads and main roads, said Venkatesh, a municipality garbage collector.