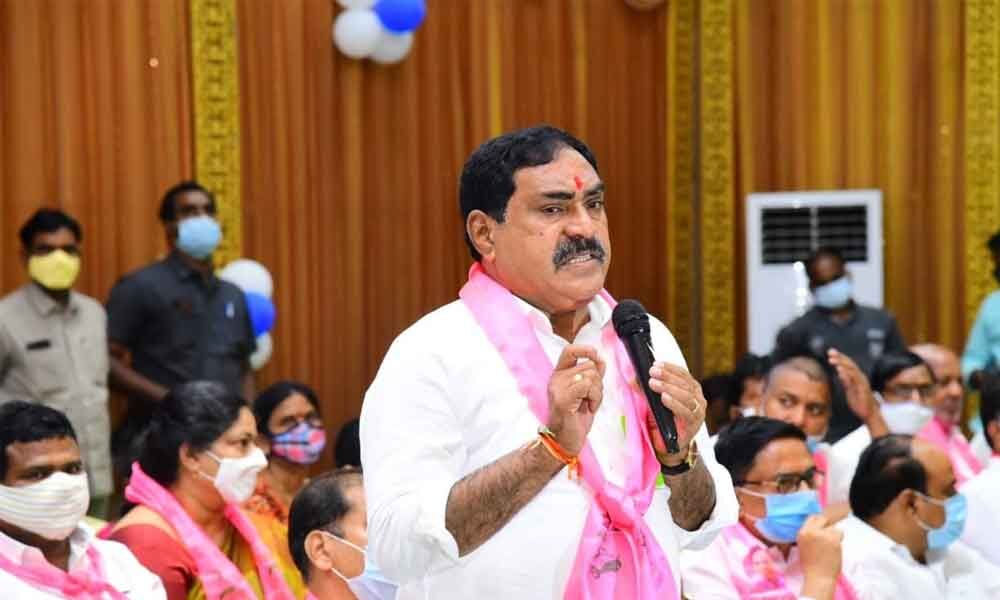 BJP, which failed to keep its promise to provide two crore jobs, has no right to criticise the TRS government, said Minister for Panchayat Raj Errabelli Dayakar Rao.

Warangal: BJP, which failed to keep its promise to provide two crore jobs, has no right to criticise the TRS government, said Minister for Panchayat Raj Errabelli Dayakar Rao. He along with Tribal Welfare Minister Satyavathi Rathod participated in a party meeting here on Wednesday. Referring to the TRS candidates' win in the Graduate Council seats, he said that people taught a fitting lesson to chest-thumping BJP.

"The Modi-government, which was on a spree to privatise all the public sector units (PSUs), needs to answer how it could create jobs and implement reservations to the distressed sections," Errabelli questioned.

Gearing up the cadres for ensuing victory in elections at the Greater Warangal Municipal Corporation (GWMC), he told them to fight it out with the leaders' if they have any grievance but not to leave the party. Stating that the government had initiated several developmental programmes in Warangal, he said that the administration was ready to provide daily drinking water to all the households in the city from Ugadi. Satyavathi Rathod said, BJP had done for Telangana. "The BJP will bite the dust in the ensuing GWMC elections."

She said that TRS is the only party in the country that looks after its cadres.

Chief Whip D Vinay Bhaskar said, BJP leaders have no guts to reach out to the people. "The people would believe BJP only when it succeeds to bring the Railway coach factory to Kazipet". He said that MA&UD Minister KT Rama Rao will address party cadres besides inaugurating several developmental programmes on April 14. Warangal TRS in-charge G Balamallu, MP Pasunuri Dayakar and MLC K Srihari were among others present.