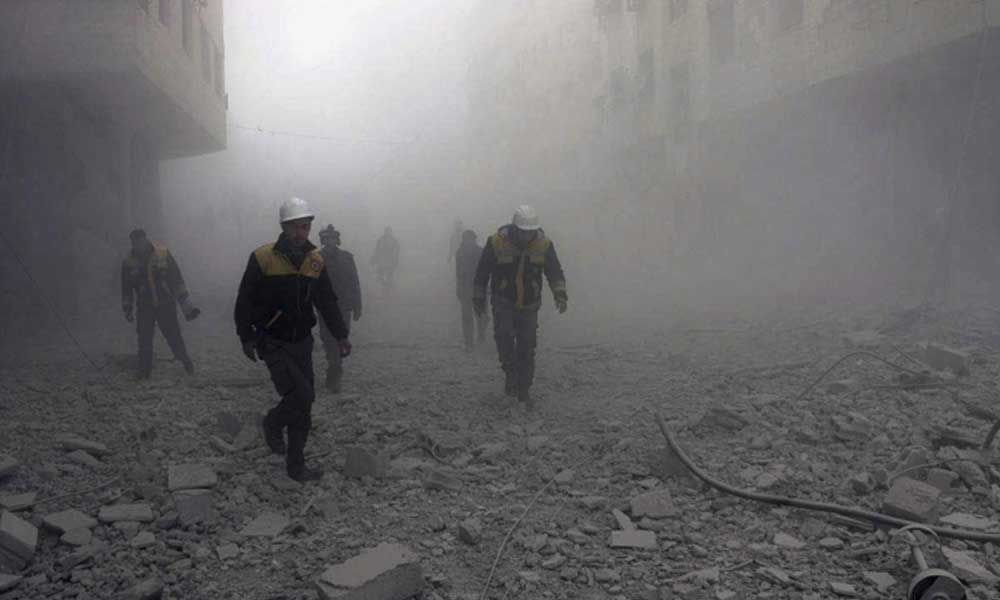 The morter shelling attack comes a day after seven people were killed in air strikes by the Syrian government on the northwest province of Idlib.

ALEPPO: At least 12 people were killed after terror groups attacked a village in the Syrian province of Aleppo, through mortar shelling.

"The armed groups deployed in the Rashid area on the outskirts of the city of Aleppo fired several projectiles at the southern suburb of Aleppo, which fell in the village of al-Wadihi," Sputnik quoted the local police as saying.

This comes a day after seven people were killed in air strikes by the Syrian government on the northwest province of Idlib.

Syria is marred by civil war since 2011. More than 370,000 people were killed and millions were displaced in Syria and abroad since the beginning of the Syrian war in March 2011.