Theresa May backs British envoy in US despite Trump snub 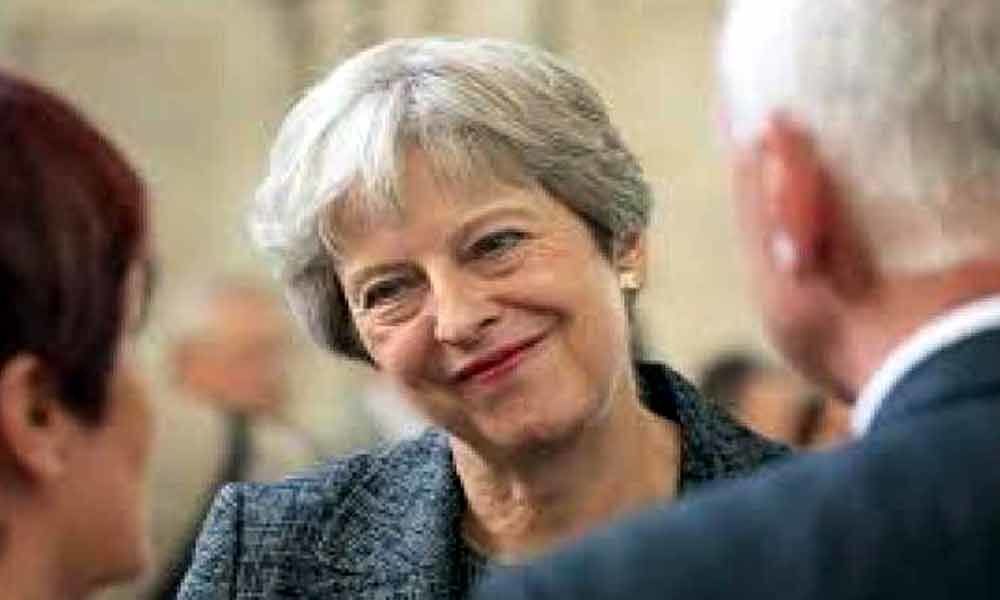 Britain's caretaker Prime Minister Theresa May on Tuesday reiterated her backing for the UK's Ambassador to the US at the heart of an embarrassing email leak exposing his views that the Donald Trump administration was "inept, clumsy and insecure".

London: Britain's caretaker Prime Minister Theresa May on Tuesday reiterated her backing for the UK's Ambassador to the US at the heart of an embarrassing email leak exposing his views that the Donald Trump administration was "inept, clumsy and insecure". The US President took to Twitter to attack Sir Kim Darroch and went on to disinvite him from an event at the White House on Monday in retaliation.

However, Downing Street was firm that the beleaguered diplomat had May's full support and that envoys must have the freedom to provide honest assessments of the politics in their country of posting. "We have made clear to the US how unfortunate this leak is. The selective extracts leaks do not reflect the closeness of, and the esteem in which we hold, the relationship," said a Downing Street spokesperson. "The UK has a special and enduring relationship with the US based on our long history and commitment to shared values and that will continue to be the case," the spokesperson said.

The scandal broke out over the weekend when classified emails from Darroch to a range of UK government officials emerged in the media. Trump launched a tirade against the diplomat as "not liked or well thought of within the US" and that he would "no longer deal with him". His characteristic social media attack extended to May, as he tweeted: "I have been very critical about the way the UK and Prime Minister Theresa May handled Brexit. "What a mess she and her representatives have created. I told her how it should be done, but she decided to go another way".

In some of his communications leaked to the 'Mail on Sunday', Darroch, who became ambassador to the US in January 2016, about a year before Trump took office, questioned whether the White House at the time "will ever look competent" but also warned that the US President should not be written off. The emails, dating from 2017, said rumours of "infighting and chaos" in the White House were mostly true, the White House under Trump was "uniquely dysfunctional" and that the policy on sensitive issues such as Iran was "incoherent, chaotic". Conservative Party MP Tom Tugendhat, Chairman of the Commons' Foreign Affairs Committee, told British MPs that he has written to Scotland Yard to explore an investigation into the leak.

The Metropolitan Police said it has received Tugendhat's request but did not receive an official governmental referral of allegations in relation to the UK's Official Secrets Act. A Met Police spokesperson said that it would require the "referral" for any criminal investigation to be considered. While the US State Department has not officially commented on the issue, Darooch has been disinvited from a dinner held at the White House on Monday for the Emir of Qatar. UK Foreign Secretary Jeremy Hunt, one of two British Prime Ministerial hopefuls alongside former foreign secretary Boris Johnson, has also backed the ambassador, saying it was important for diplomats to be able to give frank views to ministers.

He warned "very serious consequences" for whoever was responsible for the leak, should they be discovered. "In terms of the emails that have been leaked they are two years apart – one cluster very recent and one of two years ago," UK Foreign Office minister Alan Duncan told MPs. "So it is not quite right to say they have been leaked consistently throughout that period. But of course we don't know if there are any others in the wrong hands which might subsequently be leaked," he said, adding that the Cabinet Office would "use all of the means it can to delve into this and try find a culprit".