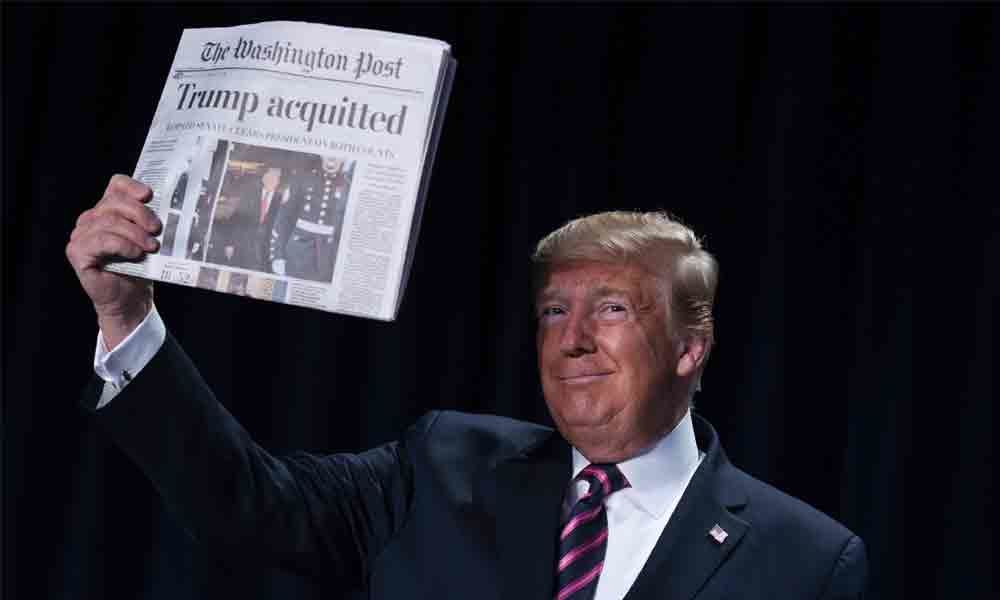 The US Senate on Wednesday acquitted President Donald Trump on two articles of impeachment - abuse of power and obstruction to Congress - giving him a ...

Washington : The US Senate on Wednesday acquitted President Donald Trump on two articles of impeachment - abuse of power and obstruction to Congress - giving him a major political victory in an election year.

The Republican-majority Senate voted 52-48 to acquit Trump of abuse of power and 53-47 to acquit him of obstruction of Congress, thus preventing the Democrats' move to overthrow him, for which they required two-thirds of votes in the 100-member House.

The ruling Republican party has 53 seats while the Democrats have 47. Republican Senator Mitt Romney, a bitter critic of Trump and the party's presidential nominee in 2012, voted against the president on the first charge, but followed the party line on the second article of impeachment.

Rest of the members voted on party lines. "The President is pleased to put this latest chapter of shameful behaviour by the Democrats in the past, and looks forward to continuing his work on behalf of the American people in 2020 and beyond," the White House said soon thereafter.

Trump announced on Twitter that he will make a public statement on Thursday from the White House "to discuss our Country's VICTORY on the Impeachment Hoax!" The White House Press Secretary, Stephanie Grisham, slammed the Democrats.