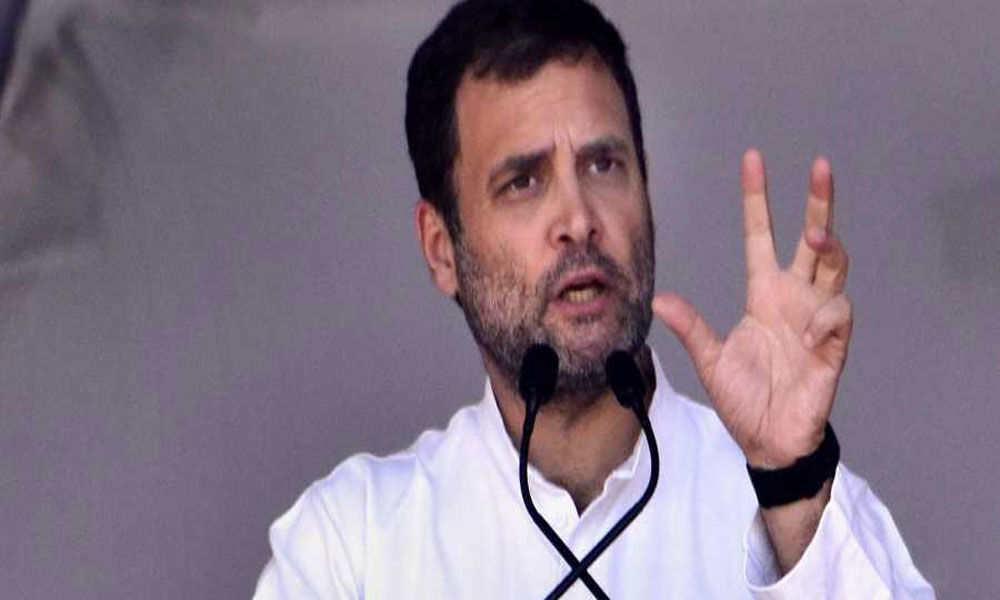 Rahul also said PM Modi promised to transfer Rs 15 lakh to every bank account but did not keep promise.

Jaipur: Congress president Rahul Gandhi Tuesday said his party consulted "big economists" including former RBI governor Raghuram Rajan before it came up with the idea of minimum guaranteed income to the poorest 20 per cent households in the country.

Addressing a meeting of his party workers at the Ramlila ground here, Gandhi said Prime Minister Narendra Modi promised to transfer Rs 15 lakh to every bank account but did not keep the promise.

"We thought it was a good idea...Rs 15 lakh in bank accounts. But the promise was not fulfilled by Modi. We started our work six months back to make such a thing reality," he said.

He went on to say that his party consulted "all big economists, without telling anyone, without giving any speeches" on the Nyuntam Aay Yojana or Nyay.

"We were engaged in this work for six months. Take the list of all big economists of the world, we consulted them...Raghuram Rajan...one by one," he said.

He attacked the BJP, saying it wants a Congress-free India but the Congress will fight it with love and defeat it.

"Ek baar tukka lag gaya 2014 mein, wo alag baat hai (By chance they won in 2014. That was a fluke). Look at Indian history. Whoever spreads hate loses and one who spreads love wins," he said.

Gandhi said his party will fulfil the promise of minimum guaranteed income to the poor.

On Monday, Gandhi had announced in New Delhi that Rs 72,000 per year will be given as minimum income to poor families, benefiting around 25 crore people, if his party is voted to power in Lok Sabha polls, and asserted it will be the "final assault" on poverty.

Gandhi had said 20 per cent or five crore families belonging to the poorest category with monthly income less than Rs 12,000 would come under the scheme.

On Tuesday, he said that if his party comes to power, young entrepreneurs will not require any permission for first three years for running a business, unlike under the Modi government, which he alleged, mandates various permissions and bribe is demanded for granting them.

"Just start your business and after three years, take whatever permission is required," he said. Gandhi said truth is the weapon for Congress workers.