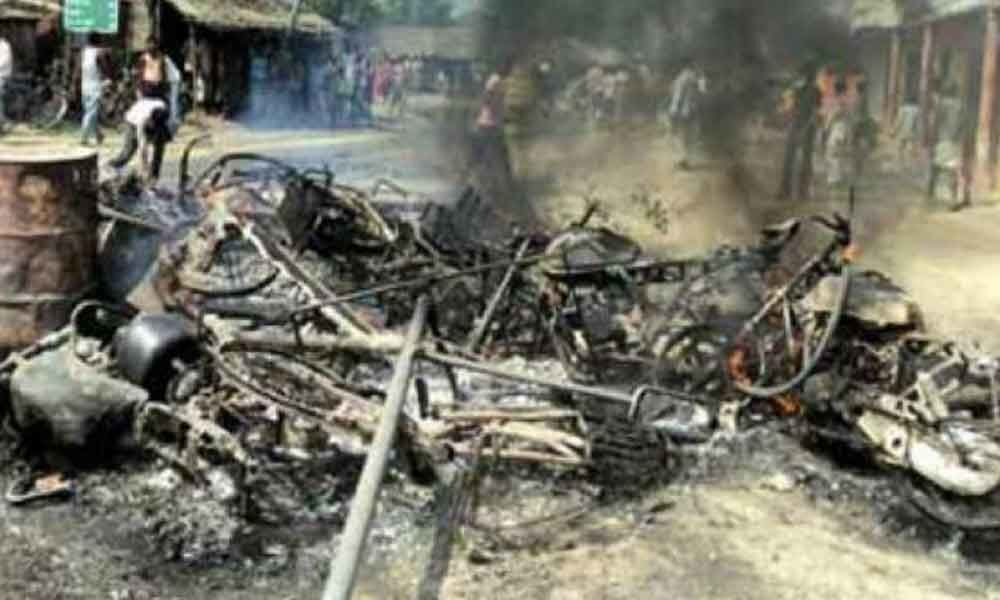 The court order came after they failed to surrender before it despite repeated arrest warrants.

Muzaffarnagar: A court here has ordered to attach the property of all six accused in a Muzaffarnagar riots case as they failed to surrender before it despite repeated arrest warrants.

The accused had allegedly stabbed a youth, Shahnawaz, to death at Kawal village in Muzaffarnagar on August 27, 2013.

The accused have been identified as Ravinder, Prehlad, Bishan Singh, Tendu, Devender and Jitender.

The Chief Judicial Magistrate Rakesh Gautam Monday evening ordered to attach their properties as they failed to surrender before it.

The next hearing in the case is on June 7.

The stabbing incident had led to widespread riots in Muzaffarnagar and adjoining districts, where more than 60 persons were killed and over 40,000 displaced.