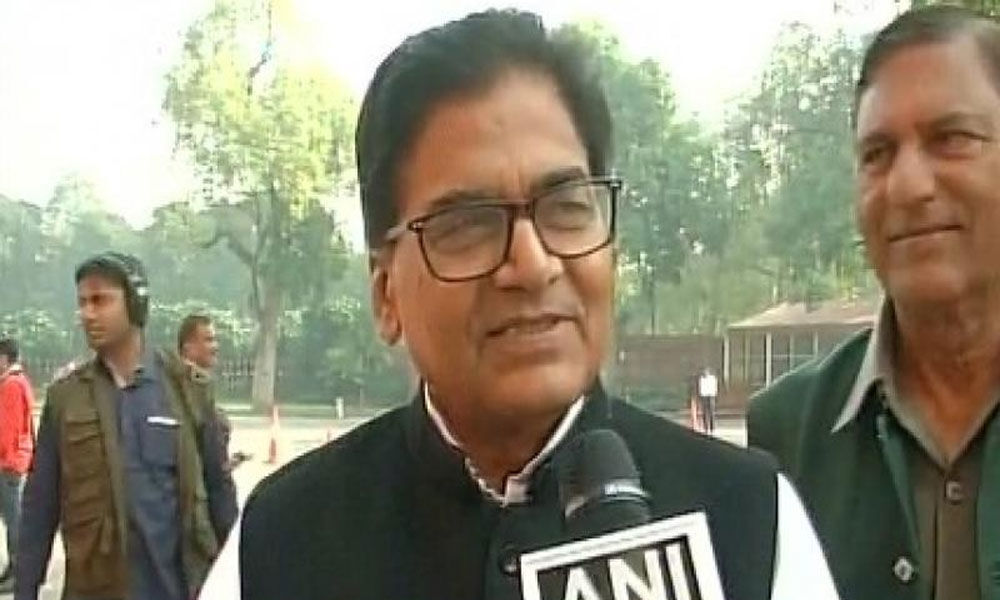 The SP, BSP and RLD have forged an alliance to take on the BJP in the ensuing Lok Sabha elections in the state.

Firozabad: Taking a potshot at Priyanka Gandhi Vadra, senior Samajwadi Party (SP) leader Ram Gopal Yadav on Wednesday said the Congress General Secretary was visiting temples as she is "nervous" and the Congress is in "trouble" in Uttar Pradesh.

"Priyanka Gandhi Vadra is nervous and therefore, she is temple hopping due to her nervousness. People run to temple only when they are in trouble. In Uttar Pradesh, Congress is in trouble," Ram Gopal Yadav told ANI.

Priyanka was on a three-day long 'Ganga Yatra' from Prayagraj to Varanasi. Priyanka's tour focused on 'Sanchi Baat Priyanka ke Saath' in which she talked to people during her 140 kilometres long travel on a steamer boat to Assi Ghat in Varanasi.

The SP, BSP and RLD have forged an alliance to take on the BJP in the ensuing Lok Sabha elections in the state. Akhilesh had, however, claimed that the Congress party is with the SP-BSP alliance in UP. The SP-BSP has left Rae Bareli and Amethi seats for the Congress.

As per the seat-sharing agreement, the SP is contesting 37 seats and BSP 38. Three seats have been given to the RLD – Mathura, Muzaffarpur, and Baghpat.

The Lok Sabha elections have been scheduled to start from April 11 and will go on till May 19 in seven phases. The polls in Uttar Pradesh will be held in all seven phases. The counting of votes will take place on May 23.