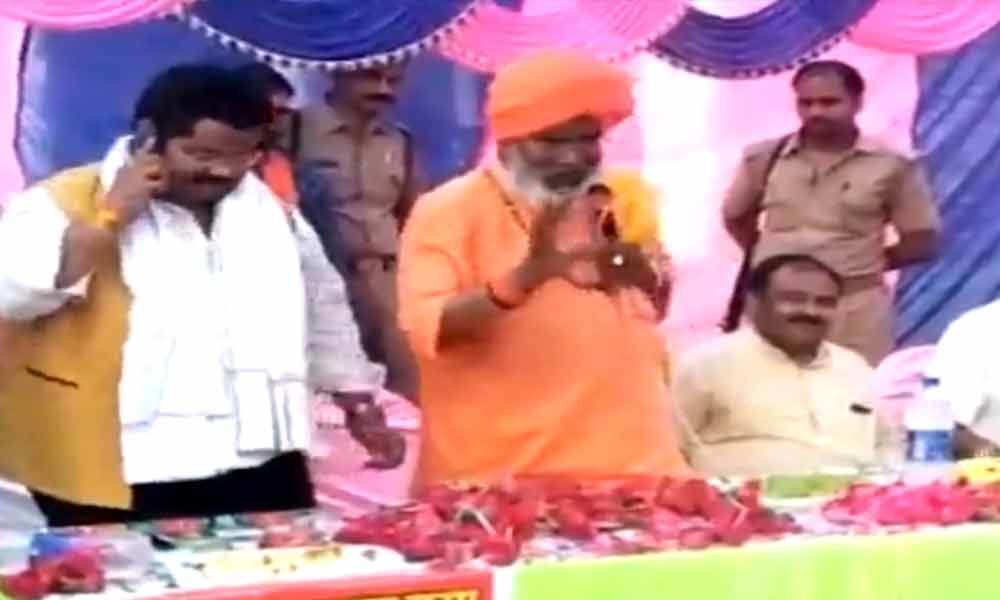 Bharatiya Janata Party (BJP) MP from Unnao - Sakshi Maharaj threatened to curse all those who do not vote from him.

"A saint has come to your door. When a saint comes to beg and isn't given what he asks for, he takes away all the happiness of the family and curses it. I am quoting from sacred scriptures. I am not asking for money or land."

Earlier in February, he was also criticized for making merry at a CRPF jawan's funeral. The BJP MP was criticized on social media for laughing and waiving from the truck carrying the mortal remains of martyr CRPF jawan Ajit Kumar.

The mortal remains of the CRPF jawan were received by the bereaved family in Unnao early morning on Febraury 16.