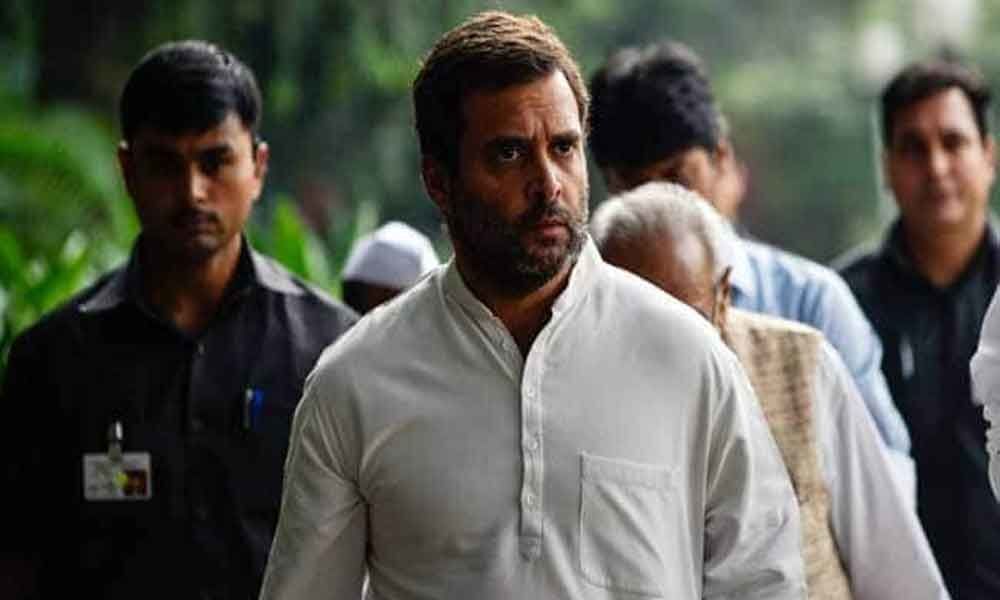 Tarun Gogoi, a six-term former MP and union minister, also rubbished the BJP's allegation of the Congress being a 'dynastic' party.

Guwahati: The opposition's anti-BJP grand alliance "failed" to take the desired shape as Congress president Rahul Gandhi chose not to "override" the sentiments of state leaders who did not favour the move, party veteran and three-time Assam chief minister Tarun Gogoi said on Thursday.

Gogoi, a six-term former MP and union minister, also rubbished the BJP's allegation of the Congress being a "dynastic" party, insisting it was the "most democratic" in the country.

He said despite the opposition alliance being nebulous because of lack of formal tie-ups, the anti-BJP parties were united in their intent of defeating the BJP and its allies.

"Rahul Gandhi was keen on alliances most of the time. But the local party leaders said no. Our party gives importance to regional leadership. That is why we have not been able to form alliances in many places," Gogoi told news agency in an interview.

"Though the Congress is often dubbed as a dynastic party, it is the most democratic party. Rahul Gandhi does not override the sentiments of local leaders who are heard and given due importance," he said.

Gogoi, when asked if a pre-poll pact between potential partners of the proposed grand alliance could have got them more seats, said: "Nobody can predict that with any amount of certainty."

He also appeared to favour the largest party in a winning coalition deciding which direction the government would take.

"Even in case of an alliance, the largest party can administer and rule the country. That is also needed. The single largest party must have sufficient strength so that it is not dependent on alliance all the time. Otherwise, the alliance (its smaller constituents) will dictate. And that is not good for the country," he said.

Referring to the seat-sharing agreement between the Congress and CPI(M) for the West Bengal assembly elections in 2016, he said it was not beneficial as "sometimes alliances do not help and go against our own interest".

The Congress leader conceded that uniting all opposition parties on one platform is not an easy task as ideological differences and reluctance to cede political space to each other often come in the way.

"Yes, votes get divided because of this. But who will make the sacrifice? Nobody will sacrifice. Why should we leave our seat when the other party doesn't? Yes, it will be better if things are done in the spirit of give and take, but that is not possible because of divergence and differences among us," he said.

Gogoi was responding to a question about division of "secular" votes in 2014 that helped BJP secure a majority in the Lok Sabha on its own, the strongest public mandate secured by any party since 1984 when the Congress had won a landslide.

"How many votes did they (BJP) get last time? Only 31 per cent. He (PM Modi) only gave an impression that he is the most popular prime minister. Probably, he is the only one to become the prime minister with the lowest percentage of votes," Gogoi claimed.

When asked about Congress's failure to clinch an electoral pact with the CPI(M) in West Bengal, the former chief minister said it was because the two were on the rival side of the political divide in Kerala. "If we praise them here, how will we criticise them there?"

He, however, insisted all opposition parties were unanimous in their view that they must fight the Narendra Modi government's "dictatorial and pro-rich" policies.

The Congress leader claimed that the Centre's assertions on development were "sheer propaganda".

"Farm distress, job loss, slowdown in construction and manufacturing, failure to check price rise, fall in exports and decline in GDP....overall the Indian economy is in a bad shape. Indications are that the country is on a decline. It is not moving up, but going down," he claimed.

Gogoi was, however, optimistic about the Congress's prospects in the elections despite the opposition alliance "failing to take-off the way it should have".

"The Congress's prospects this time are very good. I think it will get around 200 seats. Indian people are intelligent. They would sometimes punish and then reward," he said, apparently, the party's lowest ever tally of 44 seats in 2014 LS polls weighing on his mind.

He also claimed that the BJP's tally in states like Uttar Pradesh, Gujarat, Maharashtra, Chhattisgarh, Rajasthan and Madhya Pradesh, where it had scored impressive victories like never before, will go down.