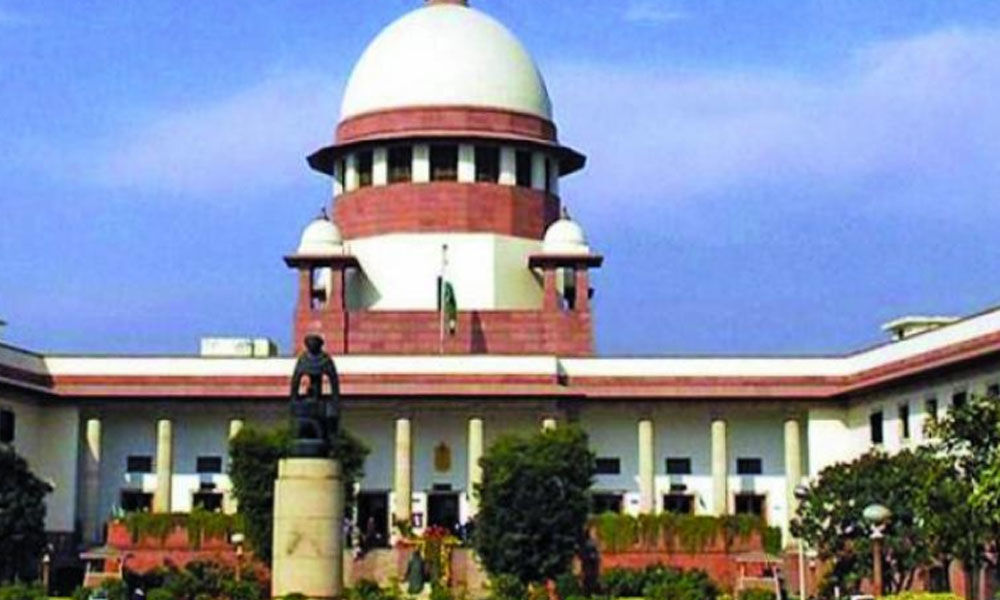 The court had on Friday sought EC's response on the plea led by Andhra Pradesh CM for a check of the VVPAT slips.

New Delhi: The Supreme Court will resume on Monday after the Holi break hearing on several pending matters including a petition by 21 opposition leaders seeking random count of VVPAT slips of at least 50 per cent EVMs in each Assembly constituency before declaration the Lok Sabha election results.

The court had on Friday sought the Election Commission's response on the plea led by Andhra Pradesh Chief Minister N Chandrababu Naidu for a check of the Voter Verifiable Paper Audit Trail (VVPAT) slips.

A bench headed by Chief Justice Ranjan Gogoi and comprising Justices Deepak Gupta and Sanjiv Khanna had listed the petition for March 25 and asked the EC to depute an officer to assist the court.

Other petitions listed include two public interest litigations seeking an independent review of the software used in the Electronic Voting Machines (EVMs), VVPAT units and for EVM tracking.

The PILs filed by activists Sunil Ahya and Ramesh Bellamkonda have suggested changes in the source code of EVMs to make them tamper-proof to prevent a "pre-determined outcome" during elections.

A plea seeking a direction from the court to the poll panel to ban roadshows and bike rallies during elections would also come up for hearing on Monday. The plea has claimed that such events violate the Commission's instructions and cause damage to the environment.

The plea, filed by former Uttar Pradesh Director General of Police (DGP) Vikram Singh and environmentalist Shaivika Agrawal, has said that roadshows and bike rallies during election period cause air and noise pollution and also result in traffic jams which cause inconvenience to the general public.

The court is also scheduled to hear a petition by former Congress leader Sajjan Kumar seeking bail in a 1984 anti-Sikh riots case in which he was given life term by the Delhi High Court.

Among the other matters listed is a petition seeking a direction to CBI to place before the court or jurisdictional magistrate the status report of the investigation carried out by the agency into alleged disproportionate assets of Samajwadi Party chief Mulayam Singh Yadav and his son Akhilesh Yadav.

The petition filed by Vishwanath Chaturvedi, an advocate, has said that the Central Bureau of Investigation (CBI) has "utterly failed" to intimate either the apex court or report to the jurisdictional magistrate in respect of the investigation done and the status of the probe.