Want to do justice in next 5 years: Rahul promises 22 lakh govt jobs per year 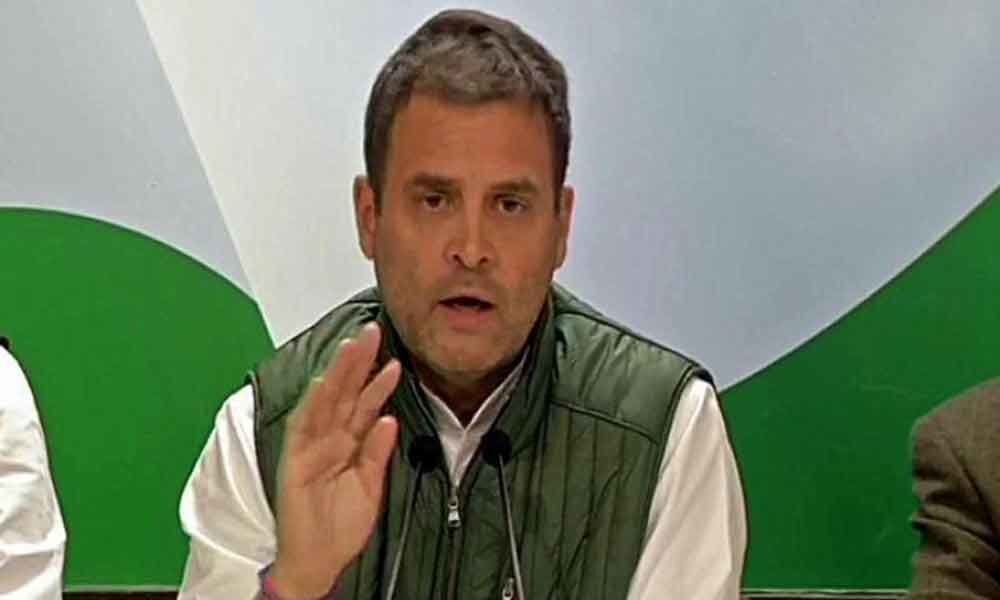 According to the Congress chief, Prime Minister Narendra had done the most injustice to tribals in the past five years.

Dungarpur: Congress president Rahul Gandhi on Tuesday promised to give government jobs to 22 lakh people in the next one year if he is voted to power in the Lok Sabha elections.

Addressing an election rally here, the Congress president said the Narendra Modi-led government had done injustice in the last five years. "Now, I want to do justice in the next five years," Gandhi told the gathering.

According to the Congress chief, Prime Minister Narendra had done the most injustice to tribals in the past five years. He did not fulfil promises and ran a government for 15-20 people, Gandhi alleged.

Rajasthan goes to the polls in two phases on April 29 and May 6.