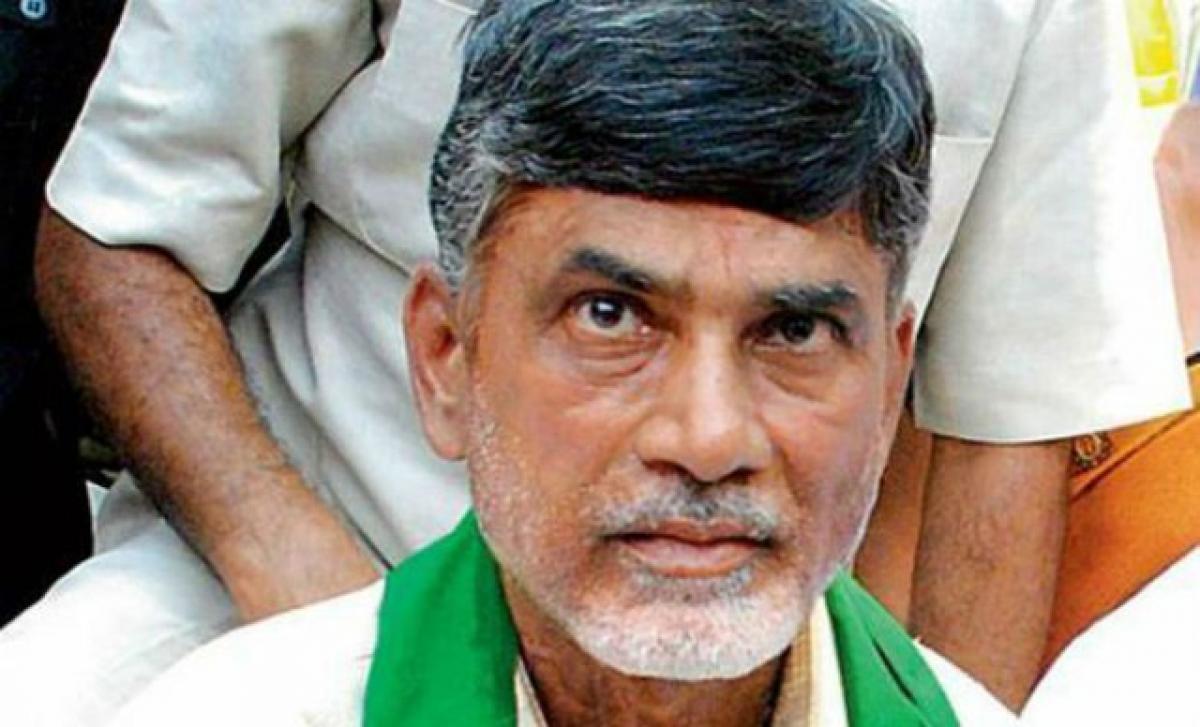 The advisors to Governor ESL Narsimhan, APVN Sarma and A K Mohanty met Andhra Pradesh Chief Minister N Chandrababu Naidu here on Sunday. This is the first meeting the advisors had with him after their appointment.

Hyderabad: The advisors to Governor ESL Narsimhan, APVN Sarma and A K Mohanty met Andhra Pradesh Chief Minister N Chandrababu Naidu here on Sunday. This is the first meeting the advisors had with him after their appointment. The meeting has assumed significance as it comes close on the heels of seven Cabinet ministers from Andhra Pradesh submitting a memorandum to the Governor late on Saturday evening wherein they are said to have told the Governor that if the advisors had assisted him in regard to implementation of Section 8 such a situation would not have arisen.

It is also being said that the Union Home Ministry has asked these two advisors to seek clarifications from both Telangana and Andhra Pradesh Chief Ministers and submit their recommendations to the Governor. But Communications Advisor to Andhra Pradesh government Parkala Prabhakar said it was a courtesy call.

However, sources said the two advisors reportedly discussed the latest developments in the State, mainly the alleged phone tapping of Naidu and others by Telangana government. They also discussed about the implementation of Section 8 of AP State Reorganisation Act 2014.

The Act empowers the Governor to have control over law and order in Hyderabad which is the joint capital of both the Telugu states for ten years. The meeting of the two advisors assumed greater importance in the wake of reports that the Telangana government was contemplating to issue notices to AP Chief Minister under Section 160 Crpc which gives a ‘police officer power to require attendance of witnesses’.

There is speculation that the ACB has already written to the Centre seeking permission to question an MP and a Union minister from Andhra Pradesh. It may be recalled that the Andhra Pradesh Cabinet had charged the Telangana government of violation of Article 19 and 21 (infringing on personal liberty) of the Constitution.

The Cabinet had earlier decided to ask the Centre to order a probe into the alleged phone tapping of 120 top people including Naidu, State ministers, MLAs, MPs and other bureaucrats by the Telangana government. The AP Chief Minister later met the Union Home Minister Rajnath Singh and the Prime Minister Narendra Modi and submitted a memorandum and sought their intervention in the matter.