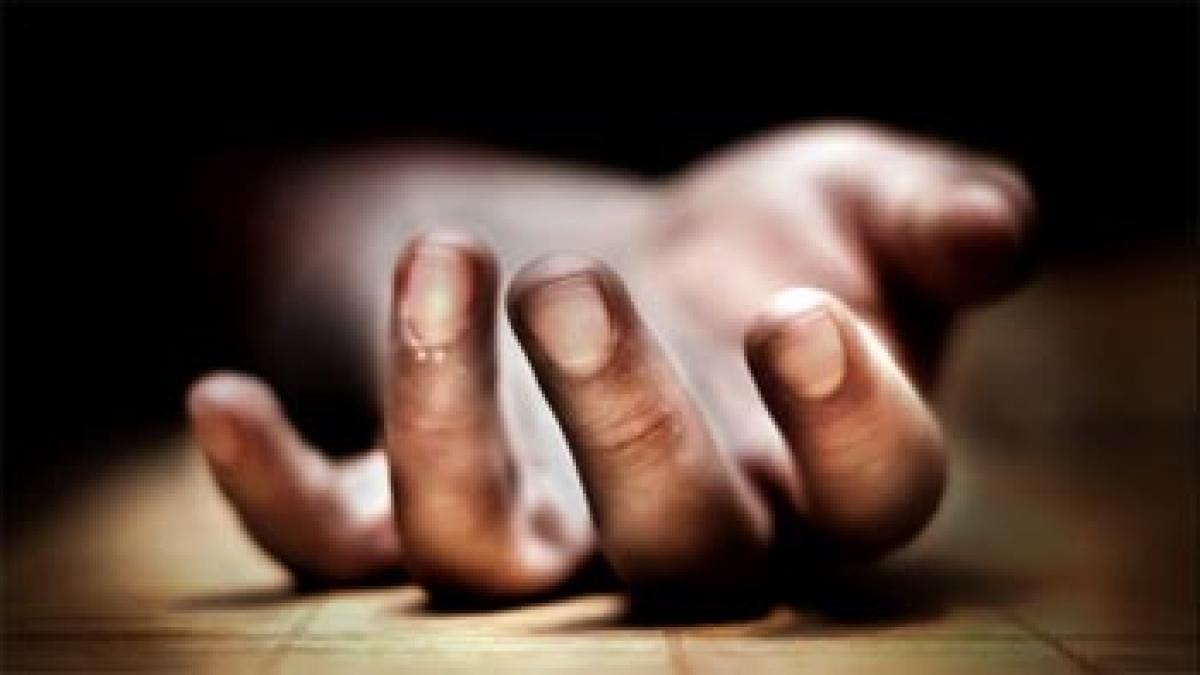 Vexed with the family and financial problems, a man killed his wife, son, and daughter by strangulating them with a rope and then attempted suicide here late on Monday night.

​Kanigiri (Prakasam): Vexed with the family and financial problems, a man killed his wife, son, and daughter by strangulating them with a rope and then attempted suicide here late on Monday night. Though he was shifted to hospital, his condition is said to be serious. According to police, Tammisetty Srinivasula Reddy of Chintalapalem in Kanigiri Mandal had two children with his first wife who committed suicide 10 years ago.

He later married Adilakshmi of Bapatla and they were blessed with two children. Leaving the two children from the first wife with his relatives at Chintapalem, Srinivasula Reddy shifted to Bapatla. Two days ago, the couple with their children Ganesh (7) and Bhavani (5) reached Chintalapalem. On Monday night, Adilakshmi and her children slept on the upstairs, while the rest slept inside the house.

On Tuesday morning, relatives of Srinivasula Reddy found the woman and her children dead and Srinivasula in an unconscious state. Circle Inspector U Sudhakar Rao said, “We found that Srinivasula Reddy killed his wife and two children by tightening a rope around their necks.

He also tried to commit suicide by consuming pesticide, but he is in critical condition now. He wrote a suicide note confessing the murder of his wife and children due to family and financial problems and asked the children of his first wife to study well.”