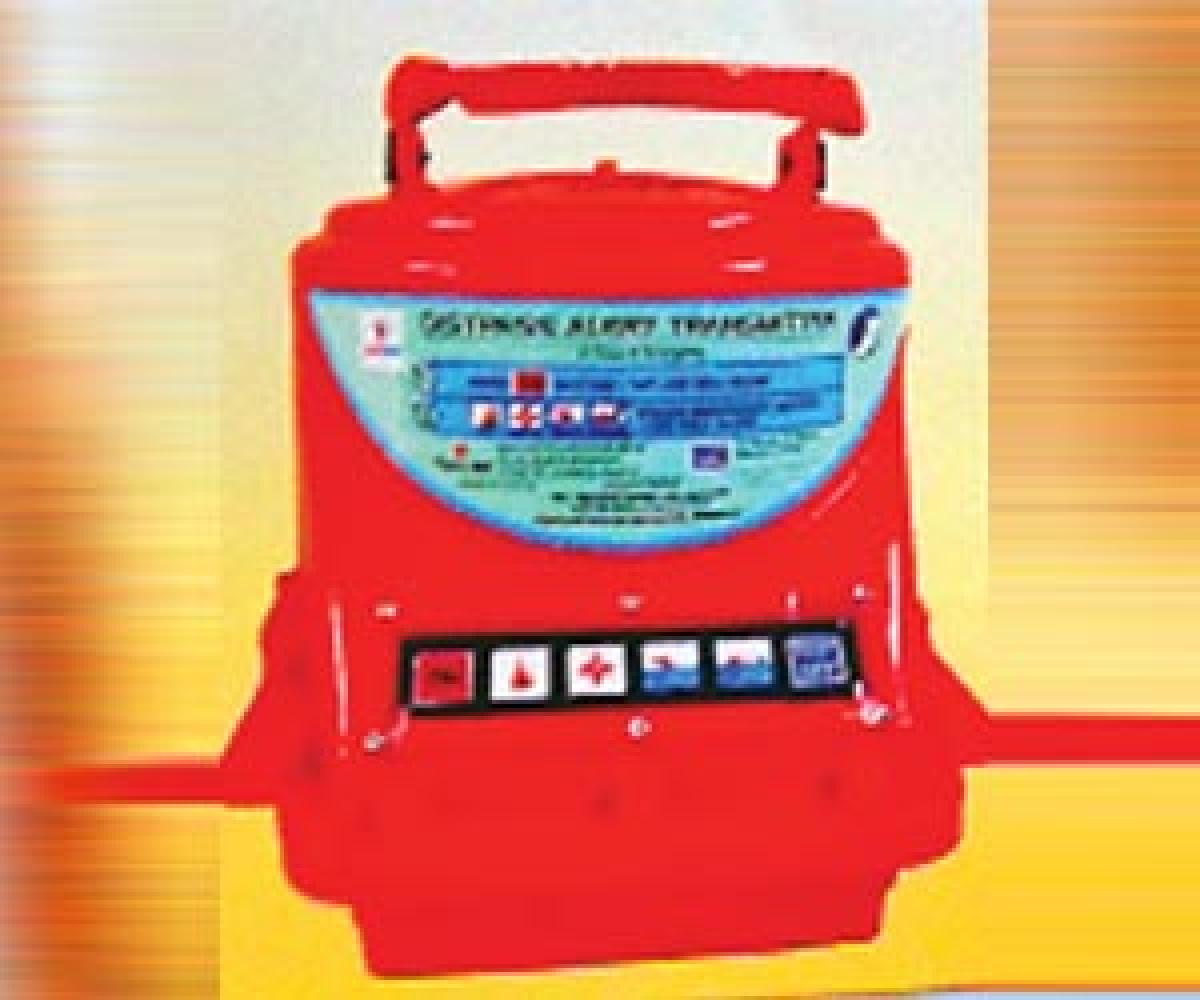 The importance of fixing the distress alert transmitter (DAT) on fishing vessels came to the fore when 15 fishermen went missing in sea due to inclement weather in June 2015. Only one body was traced so far and the remaining bodies were still missing.

Kakinada: The importance of fixing the distress alert transmitter (DAT) on fishing vessels came to the fore when 15 fishermen went missing in sea due to inclement weather in June 2015. Only one body was traced so far and the remaining bodies were still missing.

The East Godavari district administration has made arrangements to distribute Distress Alert Transmitter (DAT) gadgets each costing Rs 11,000 to fishing boats. About 448 devices were distributed to fishermen with cent per cent subsidy (75 per cent by fisheries department and 25 per cent by DAT suppliers under CSR initiative). The DAT comes in handy during the times of crises as the devices alert the Coast Guard. The whereabouts of boats could be ascertained by the control room using the gadget. The control room, in turn, will direct the Coast Guard to assist the fishermen on board.

There are total 2,600 mechanised and motored boats which venture into deep sea for fishing (sometimes more than 150 km) in the district. The equipment will facilitate the fishermen in trouble to have access through satellite with the Coast Guard Maritime Rescue Coordination Centre, Chennai, for their rescue.

Fisheries deputy director T Kalyanam said the fishermen will have to bear 25 per cent of the cost post the move of suppliers of DAT.

Leader of fishermen from Uppada fishing area, Bandana Rambabu requested the suppliers of DAT to subsidise the transmitters. He said fishermen cannot afford safety equipment. He said the device would enable fishermen protect themselves in times of danger.

When contacted Kakinada Rural MLA P Anantalakshmi said the subsidy withdrawal has not come to her notice so far. She said that she would take the issue to the notice of authorities concerned for providing the distress alert transmitters to the fishermen with subsidy. She also advised fishermen to take all precautionary measures while venturing into the sea.