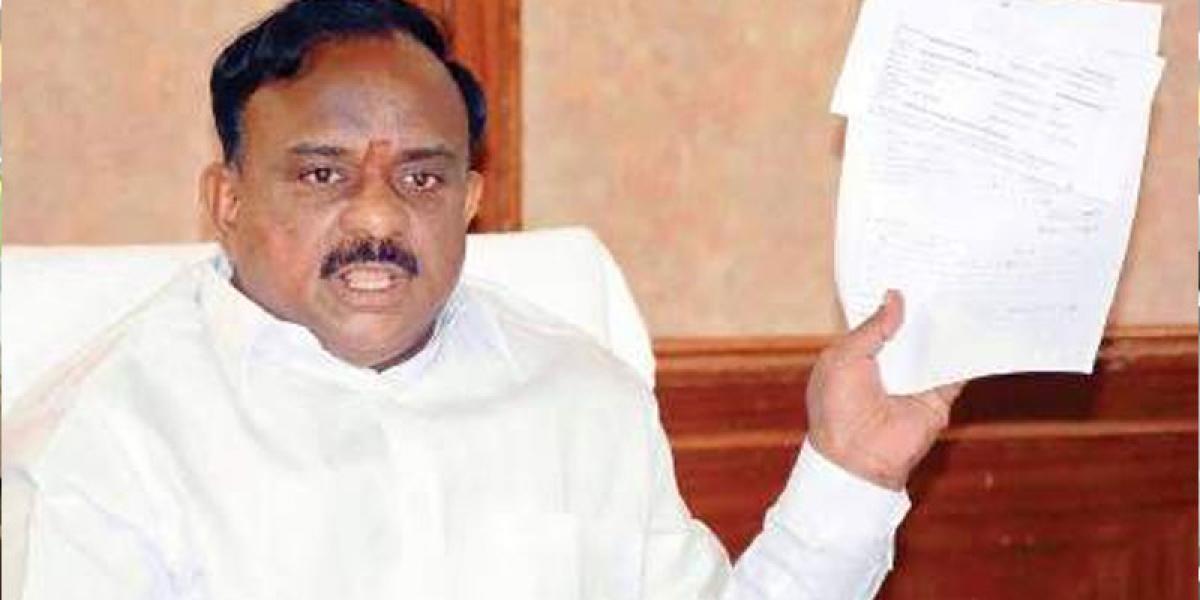 TDP MLA Peela Govind along with 11 others were arrested in connection with the Vizag land scam on Friday.

TDP MLA Peela Govind along with 11 others were arrested in connection with the Vizag land scam on Friday.

Following a complaint lodged by Tehsildar Easwar Rao against them and SIT giving details on his alleged involvement in the case, the Anakapalle MLA was taken into custody.

According to the reports, Peela Govind and others grabbed 95.89 acres of government land by tampering the land records in the revenue department.

Two women had earlier filed a case against the TDP MLA and his aides alleging that they were being threatened to leave their lands.