State BJP failed to take issues with the Centre 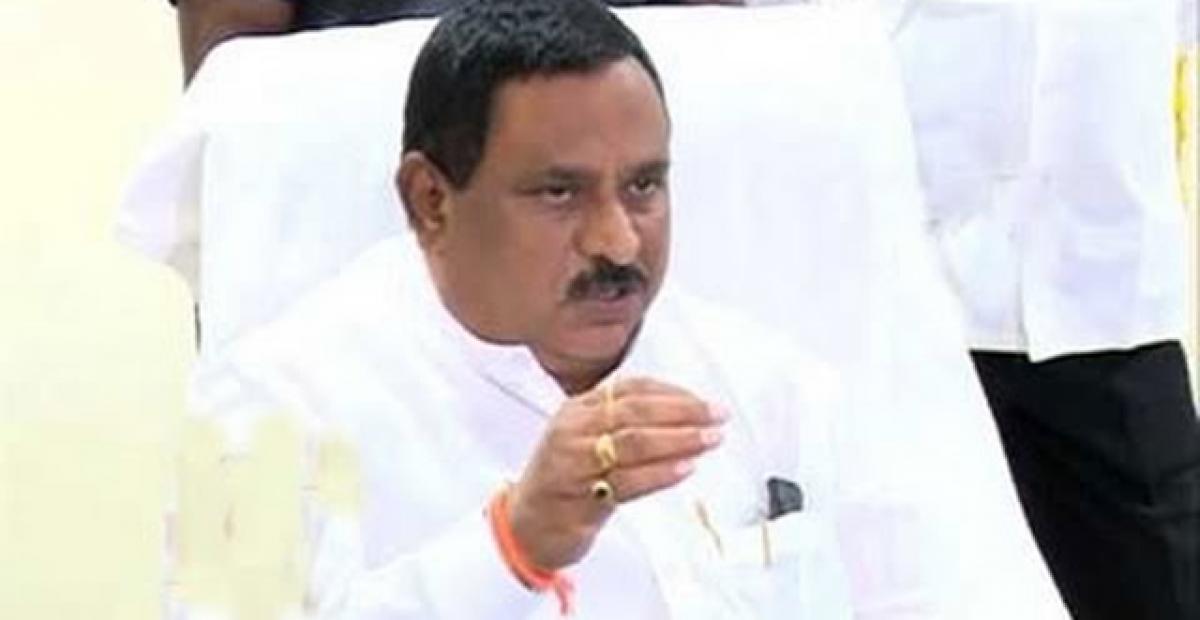 He found fault with BJP MLC Somu Veerraju for criticising the state government and Chief Minister N Chandrababu Naidu though he was given a warning from his party’s high command.

Speaking to The Hans India here on Thursday, Chinarajappa said the BJP’s state leadership failed in giving proper feedback on what is happening in the state and public pulse to party’s high command and Prime Minister Narendra Modi.

“They could have convinced the BJP national leadership on doing justice to the state by conveying the actual position. Instead, they started criticising the state government and Chief Minister N Chandrababu Naidu,” he said.

He also said that it was the responsibility of BJP AP leaders like Somu Veerraju, who have been given MLC by the TDP as part of coalition, to coordinate between TDP and BJP if there were any differences between the state and Union government. “But, Somu Veerraju himself was making serious comments against the TDP leadership. How can we understand this situation,” he asked?

“It is very unfortunate that all the BJP state leaders are criticising the state government without supporting us,” he said. Chinarajappa felt that people of the state were expected an assurance from Prime Minister Modi during his address in Lok Sabha on Wednesday. But, he confined to criticism against Congress party due to which people came to streets against the BJP and Union government and made the bandh success, he said.

He added Chief Minister N Chandrababu Naidu was informed by party MPs that the Centre was in favour of fulfilling the promises given to AP from the beginning of the next Parliament session. “Chief Minister categorically told the MPs that they will continue their protests in Parliament till the Prime Minister makes a clear announcement on what benefits the Centre provides to AP even if it will take some time for implementation,” he said.

Responding to a question, Chinarajappa said the Chief Minister would take a decision on continuation of alliance with the BJP depending on response from the Prime Minister’s announcement.