New tech is being used for water chlorination: Lokesh 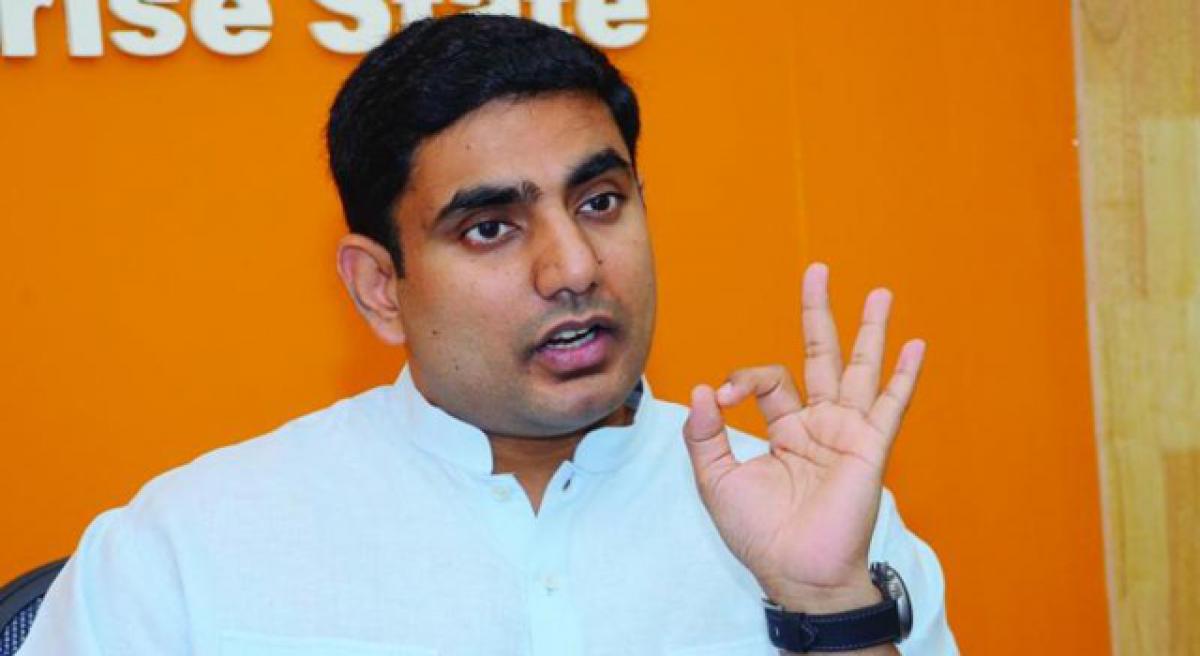 Amaravati: Panchayat raj minister Nara Lokesh said the government has introduced new technology for chlorination of drinking water being supplied to residents as pilot project. Answering to the members during the question hour in the Assembly on Thursday, Lokesh said the government launched the project in five panchayats in Krishna and Guntur districts as experiment basis.

Under the project, water treatment especially chlorination will be conducted covering 60 parameters of area to supply clean drinking water. The minister said the panchayat raj department has created a WhatsApp group to get information on drinking water supply and solve problems immediately and added the government would take all precautionary measures to solve the drinking water problem.

The water filters would be changed at the required locations by March this year, the minister revealed and reiterated the state government was giving top priority for supplying water by establishing water grid at a cost of Rs 22,000 crore. Government chief whip P Raghunatha Reddy said the groundwater level in Anantapur district was below 1,000 feet in the several areas.

MLA B Sesha Rao said the leakages to pipelines and repairs to motors should be completed in view of forthcoming summer season. He asked the government to prepare an action plan for the needs of summer season.

Replying to another question, Lokesh said the government was planning to construct CC roads in front of every house of poor before the next elections and added Rs 4,200 crore were allocated for providing basic facilities in villages.