Illiteracy root cause for tribals falling prey to smugglers 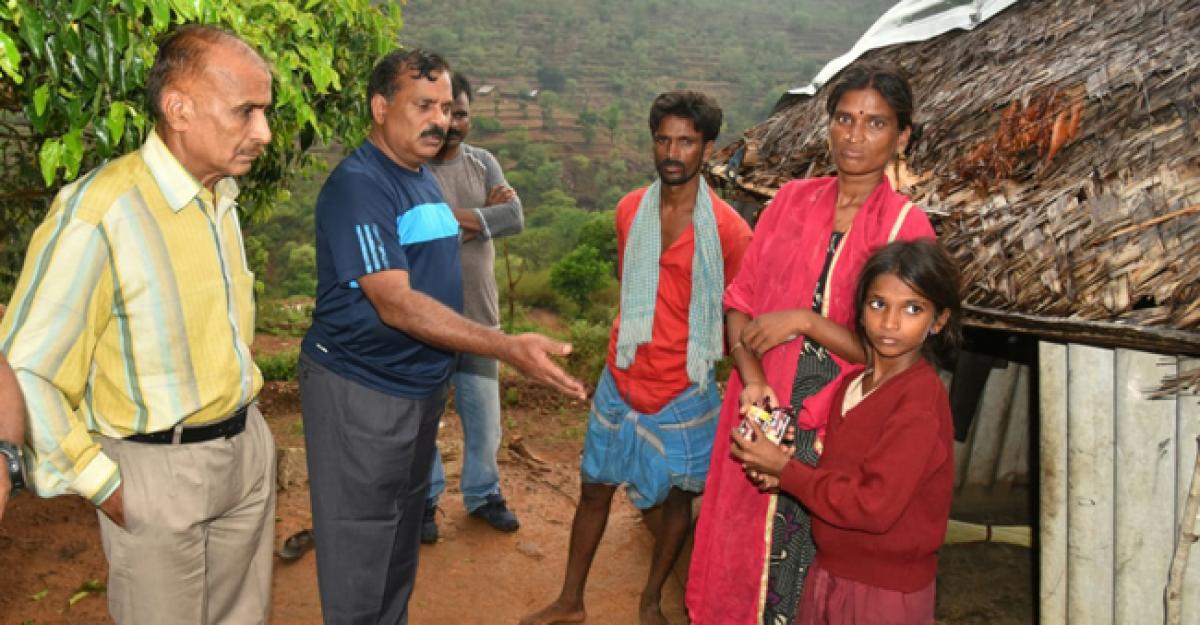 Interestingly, the officials even made theirauthorities believe that the sanders smuggling will soon end but theground reality is smuggling continuing unabated even after the major events and afterRSASTF operation began in January 2015.

Tirupati: Is the Tamil Nadu(TN) tribal impecunious sustaining red sander smuggling?The answer is sadly a definite affirmative.The perception among public that the redsanders smugglingwill surely wane after the setting up of Red Sanders Anti-Smuggling Task Force(RSASTF) proved wrong with smuggling of redsandersfrom Kadapa and Chittoor forests continuing.Neither the major encounter in which 20 woodcutters from TN hired by smugglers were killed in April 2015 nor the arrest of notorious international smuggler Kollam Gangi Reddy after RSASTF wasset up, deterred smugglers as was believed by many including seniorforest and police officials.

Interestingly, the officials even made theirauthorities believe that the sanders smuggling will soon end but theground reality is smuggling continuing unabated even after the major events and afterRSASTF operation began in January 2015.

Particularly, a glance on the details of smuggling including the logs and vehicles seized and the number of persons arrested in the last 2-3 months proves the smuggling menace has not ended butsurprisingly seems to be thriving.

The genesis of sanders smuggling reveal that the Malayalee tribesliving in hilly areas of Jawadhi, Kalvarayan, Pachamaalai in TN are the one who are found to be pivotal force behind thecontinuation of illegal trade.

Malayalee (Mala means hill and yalee mean rulers) is one of the primitive tribal groups (PTG) while the tribal living in Jawadhi hillsspread over Vellore and Tiruvannamalai district are more backwardcompared to other Malayalee tribes in Kalrayan (Salem) and Pachamaalia(Villupuram) hills.

The community with a population of 70,000 plagued withilliteracy, malnutrition and poor economic conditions becomefertile ground for them to turn into wood cutters to getquick money.

Speaking to The Hans India, RSASTF IGP M Kantha Rao said thoughsmuggling is going on since 30 years but no records were found onthe back ground of tribal who are key in sanders smuggling.

“It is ingrained in Jawadhi tribal blood, who are traditionally skilled in plantation and felling trees,that they become wood cutters, thestage one of redsanders smuggling while the Maestry also a Malyaleetribe living in same area but economically better is the stage twoof smuggling.

He is the one who is financed by godown keeper (stage V)to engage the tribal (wood cutter) for felling the trees inforest. Rao said that he along with a team of task force officers extensively toured tribal areas in TN to find the factors driving tribals towards smuggling so that a lasting solution could be found to end the menace.

He said dropouts in Jawadhi hill area is highest in the country resulting in illiteracy the root cause for tribal falling prey to smugglers. Rao said the tribal group is normally reserved and prefer to remain aloof withoutsiders and it was the Maestry (stage 2) from their own clanfinalise the deal for cutting trees in forest after receivingorders from godown keeper (stage V) in the far away city.

“Curiously, the deal is mostly finalised near wine shops away from tribal habitation as Jawadhis fond of liquor invariably visitthe arrack or wine shop as the government not allowing wine shops intribal villages.

The wood cutter job ends after bringing logs outside the forest from where the pilot and logistic supporter (stage III) pick up themto load them in truck to take them to godown by the transporter (stage IV). The logs will be taken away by the exporter (VI) to international smuggler (VII).

Interestingly, there is no contract between tribal, Maestry and pilot and logistic supporter. The pilot along with logistic supporter load the logs in truck (and not the woodcutters) and the transporter take them to city where godown is located but stop thevehicle at a place from where godown keeper engage another vehicleto take logs to godown so that the transporter should not knowwhere the logs are stocked.

RSASTF chief said the smuggling will die only if the Malyalee tribe is weanedaway from being engaged for felling trees in the forest which requiredlong drawn sustained efforts to educate them against illegalactivity.