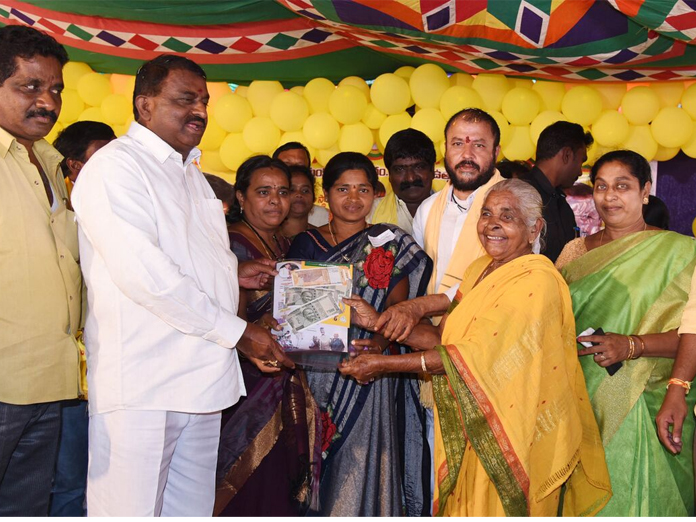 Denduluru: Minister for Labour and Employment Pithani Satyanarayana has said the State government has increased pension of the aged persons to boost their self-respect.

He handed over the pasupu and kumkuma to the SHG members and pensions to the aged at a programme organised at Gopannapalem of Denduluru mandal on Monday.

Speaking on the occasion, he said that for want of financial self-sufficiency, the handicapped and the aged used to lead a miserable life.

They were often ill-treated by close relatives. After the TDP come to power, the pension sum was enhanced from Rs 200 to Rs 1,000.

The same was now hiked to Rs 2,000 as the government wanted to enhance the self-confidence levels in the aged and the handicapped.

The Minister said that though the state was reeling under financial crisis, welfare schemes were not stopped and works relating to the construction of the Polavaram project and Amaravati capital were progressing at brisk a pace.

It was possible because of the able administration of Chief Minister N Chandrababu Naidu, he claimed.

Government Whip Ch Prabhakar said that the government was taking steps for financial empowerment of women.