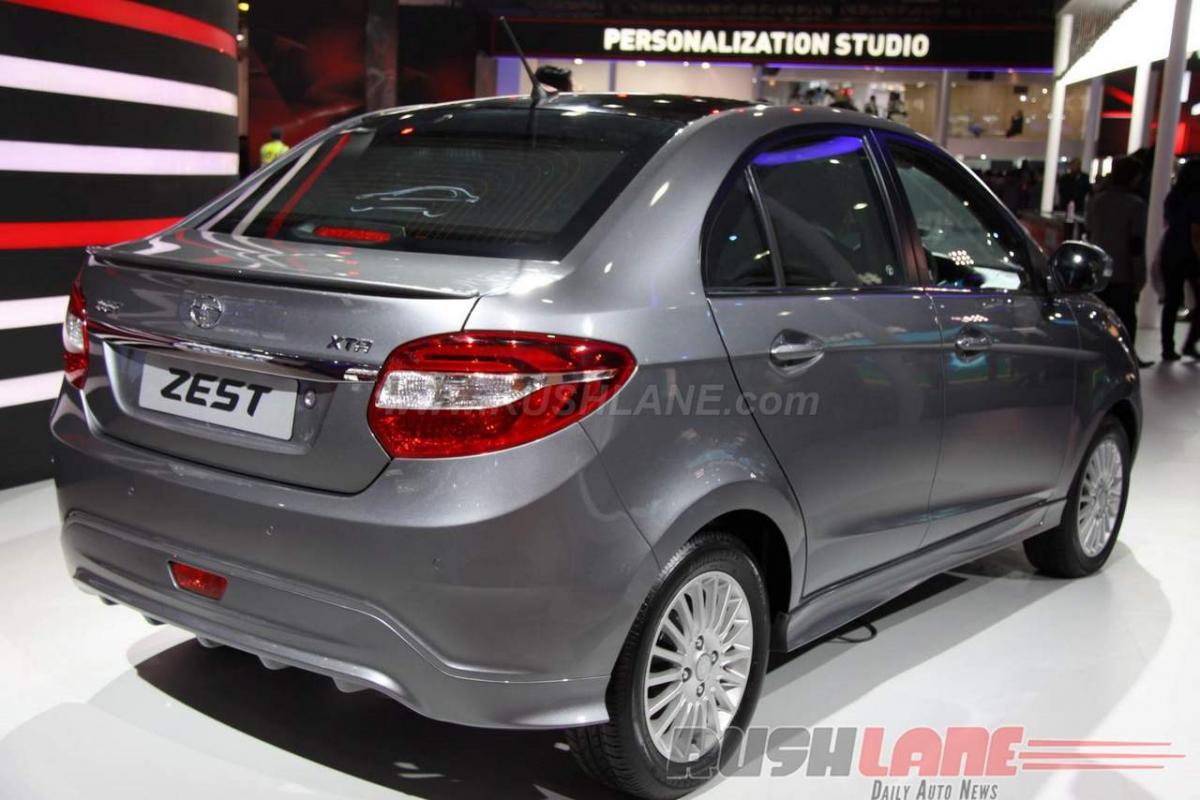 The variant restructuring is aimed at making the Zest more competitive in terms of pricing.Variant lineup of the Tata Zest diesel version has been...

The variant restructuring is aimed at making the Zest more competitive in terms of pricing.Variant lineup of the Tata Zest diesel version has been re-jigged. The 75 PS version of the 1.3-litre diesel engine which was previously available only in the base XE variant now replaces the 90 PS version in the XM and XMS variants. XMA (AMT), XT and XTA (AMT) variants continue to be offered with the more powerful version of the motor.

Tata Zest Sport 2016 Auto Expo
The Zest is the most affordable sedan in its segment.
In addition to replacing the VGT (Variable Geometry Turbocharger) equipped engine with a regular version on XM and XMS, Tata has also restricted the availability of alloy wheels to XT and XTA models. Rest of the features list stays unchanged. The restructuring is expected to give the automaker enough room to get the prices competitive without compromising on the profit margin. As of now, the Zest is the most affordable sub-4m compact sedan in the market.

Tata Zest Sport 2016 Auto Expo
The sedan has been falling short of company’s sales expectations.
The diesel variants of the Zest are priced between INR 6.09 lakhs to 8.51 lakhs (ex-showroom, Delhi). Though other compact sedans such as Maruti Swift Dzire, Honda Amaze, Ford Figo Aspire and Hyundai Xcent are priced higher, they managed to garner better average monthly sales volume that the Tata (save for the Ford).

This article first has appeared on: Rushlane.com