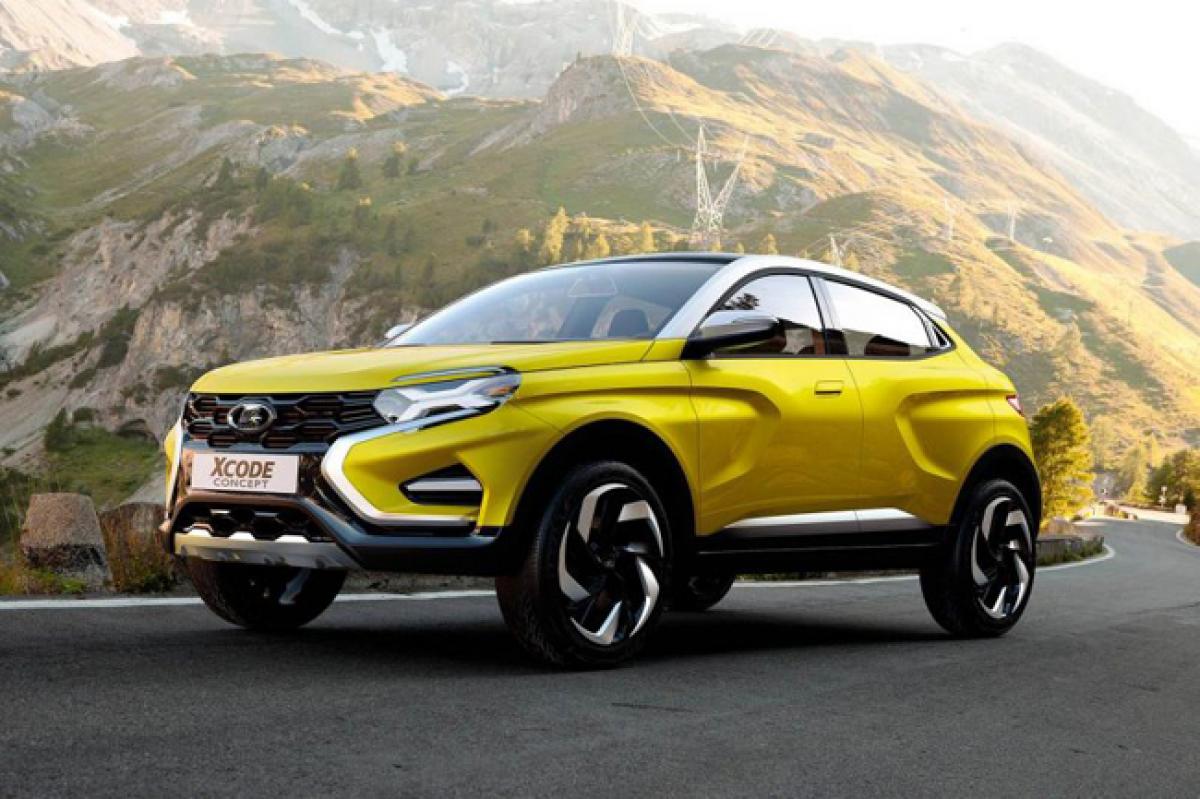 The Lada XCODE concept has been unveiled at the 2016 Moscow Motor Show. The concept is probably based on the Renault-Nissan’s B0 platform which also underpins the Renault Duster, Nissan Juke, etc.

The Lada XCODE concept has been unveiled at the 2016 Moscow Motor Show. The concept is probably based on the Renault-Nissan’s B0 platform which also underpins the Renault Duster, Nissan Juke, etc.

Penned under the leadership of Steve Mattin (former Mercedes and Volvo designer), the XCODE is an extension of the styling language which debuted in the Vesta sedan and X-Ray SUV.

The X-Motif on the front fascia which comprises grille, headlamps, and secondary air dam, as well as the ‘X’ shaped signature LED daytime running lights go well with the concept’s name. We can see the X theme on the sheet metal design as well.

The dual-tone color theme adds to the crossover concept’s sporty appeal, and the rear door handles are hidden in the C-pillar. The wedged shaped rear fascia is composed of a prominent silver diffuser, interesting taillights, and a tailgate-mounted chrome-highlighted license plate enclosure.

The dual-tone interior gets a multifunction steering wheel and a hexagonal centre console with what appears to be a touchscreen infotainment system.

Renault-Nissan’s Russian subsidiary has not divulged any technical details but we expect the crossover to enter production with running gears derived from its parent company. The production model will be positioned slightly above the X-Ray crossover in Lada’s portfolio.